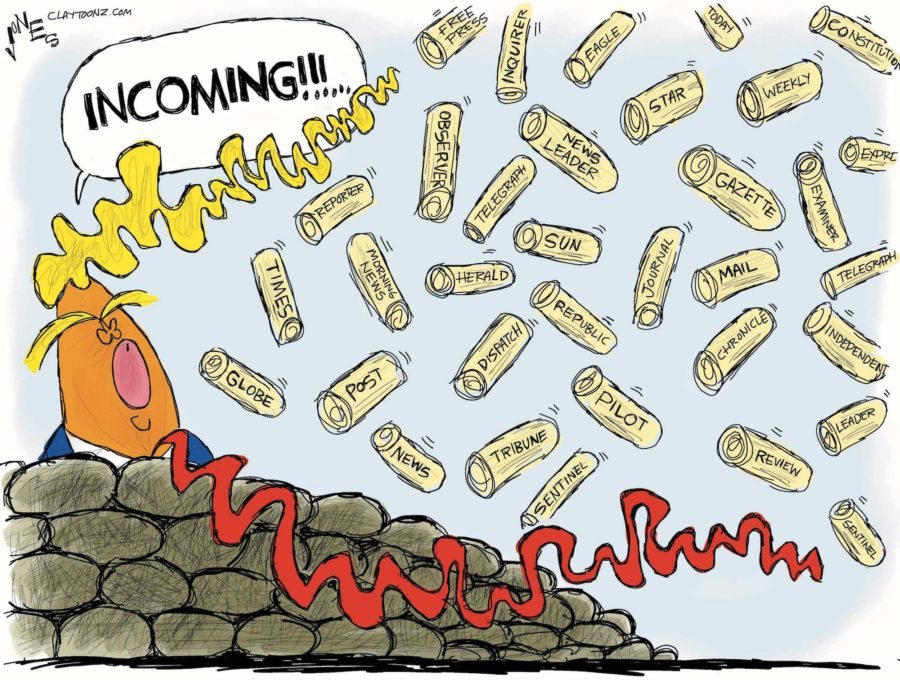 On Jan. 20, 2017, Donald J. Trump stood before Chief Justice John Roberts and swore to “preserve, protect, and defend the Constitution of the United States.” In accepting his elevation to the highest office in our land, he pledged himself to defend that nation’s most cherished document.

Yet even before his election, he had been antagonistic toward the free press in America. Since his inauguration, his attacks have increased in both frequency and rancor.

He has threatened to ban reporters and news organizations who express any criticism of him from official White House press briefings. He has held essentially secret events that were known only to a select few invited reporters, all unswerving in their positive portrayal of his every act and utterance.

He has darkly labeled the American free press — which, for clarity, comprises news organizations publishing impartial news regarding, among many other things, his administration — “the Enemy of the People.” Any reporter or news organization which publishes anything negative about him or his administration, no matter the gravity of the content or complete veracity of the source, is branded by him as “fake news.”

A phrase that was virtually unknown in the American lexicon a scant two years ago is now bandied about as frequently and carelessly as “closeout sale” or “low monthly payments.” According to a Gallup Poll in June, Americans believe that 39% of the news they read or hear is “fake news.” Sadly, those most likely to disbelieve credible news are those who are Republican or who have only a high school education or less. The implications for the health of our democracy and the future of our nation are dire.

Newspapers across the nation, including The Sarasota News Leader, have answered the call of the editorial board of The Boston Globe to post editorials on Aug. 16 condemning Mr. Trump’s disparagement of the free press in America, to urge him to desist in these calumnies and to encourage the American people to resist efforts to besmirch one of the essential pillars of American democracy.

It is not the purpose of these editorials to adjudicate the many troubles that plague this President, but to clearly state that the free press in America stands for the same things it did when it was enshrined in the First Amendment of the Constitution: to research and accurately report the goings-on of our nation, both great and small, and to hold those in power to account to the citizenry which has invested them with that power.

As Franklin D. Roosevelt once said, “Freedom of conscience, of education, of speech, of assembly are among the very fundamentals of democracy and all of them would be nullified should freedom of the press ever be successfully challenged.”

We urge our readers, regardless of political affiliation or ideology, to recognize the vital importance of a free press in this and every community, and of the sacrifices made and even perils confronted by the men and women who labor to bring the news to the people.

And to Mr. Trump, we invoke the words of John Adams: “As unbalanced parties of every description can never tolerate a free inquiry of any kind, when employed against themselves, the license, and even the most temperate freedom of the press, soon excite resentment and revenge.” More than two centuries later, Adams’ prescient words are a warning to us all.