For Nathan Benderson Park off University Parkway, Aug. 10 has been a landmark day. A 150-foot dredge owned by Dredge America of Kansas City, Mo., began digging out the lake bottom to create the only Class A course in North America as certified by FISA, the international Federation of Rowing Associations. (Full story here)

Sarasota Police Department detectives have identified a vehicle that might have been involved in the hit-and-run incident on the north Siesta bridge on Aug. 1, Capt. Paul Sutton told The Sarasota News Leader Aug. 9. “We have identified a suspect,” Sutton said, adding that evidence still was being collected in the case. (Full story here)

Nearly 100 vie to be next Sarasota police chief

A long blue line of 96 men and two women have tossed their peaked caps into the race to be the next city police chief. Current Chief Mikel Hollaway will retire in October. The hiring decision will be one of the first in the administration of incoming City Manager Tom Barwin, and it will be scrutinized both inside the new police headquarters building and throughout the city. (Full story here)

When Randy McLendon saw the list of donors supporting Republican County Commission candidate Charles Hines, he recognized more than a few names, many of whom, he says, supported Charlie Crist in his independent U.S. Senate bid instead of Republican Marco Rubio. That motivated McLendon, a political novice before founding the Englewood tea party group Taking Our Country Back in 2009, to throw himself into an official bid for the Republican nomination. (Full story here)

Developer Frank Chinnici has his eye on the largest plot of undeveloped land along U.S. 41 between downtown Sarasota and the airport. On Aug. 2 he held a neighborhood workshop to brief residents on both sides of the Tamiami Trail about his plans. (Full story here)

City Commissioner Terry Turner is accused of putting a half-million-dollar pension payment at risk with his language in the Strong City Manager Charter Amendment. The Sarasota News Leader has found that language jeopardizing the pension money first was proposed by City Auditor and Clerk Pam Nadalini in a Sept. 14, 2010 memo to the Charter Review Committee. (Full story here)

Years on the job not the right kind of experience 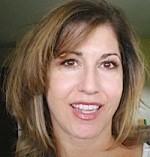 Guest Column: Earlier this week, the Sarasota Herald-Tribune editorial board recommended Kathy Dent in the supervisor of elections race. The board stressed Dent’s on-the-job experience as its deciding factor. Dent has experience, yes. But it is an experience fraught with incidents of disingenuousness, lack of full disclosure and missteps that, viewed collectively, render that experience as less than impressive. (Full story here)

The race to fill the seat of County Commissioner Jon Thaxton, who is prevented from seeking re-election because of the Florida Supreme Court’s ruling this spring on term limits, appears to be a battle between two candidates for the Republican nomination. The winner in the primary on Tuesday, Aug. 14, will face only token resistance from a write-in candidate in the general election in November. Sadly, the presence of that write-in candidate also means only Republicans can vote in the primary, which essentially serves as the final say in electing a new commissioner. (Full story here)

The $500 fee for a formal determination on a zoning matter will be among those addressed when Sarasota County pursues a new study of its fee schedule, Rob Lewis, the county’s director of planning and development services, told about 20 members of the Siesta Key Village Association during their regular meeting on Aug. 7. (Full story here)

As of Aug. 1 — the three-month mark — 33 homeless people have rotated through the City of Sarasota’s Street Teams program and 11 of them have been able to find full-time employment, the program’s supervisor reported during the Aug. 8 meeting of the Suncoast Partnership to End Homelessness. (Full story here)

County administrator to weigh in on Code
Enforcement overtime hours

Because the Sarasota County Commission has not authorized the hiring of additional Code Enforcement Office employees, staff will discuss with County Administrator Randall Reid how to proceed with overtime hours to handle issues such as enforcing the noise ordinance on Siesta Key, Rob Lewis, the county’s director of planning and development services, told members of the Siesta Key Village Association on Aug. 7. (Full story here)

A rare whiff of sourness roiled the Coalition of City Neighborhood Associations meeting on Saturday, Aug. 4. Two representatives of African-American neighborhoods were withdrawn and bitter, while a representative from a third less-prosperous neighborhood urged the coalition to censure City Commissioner Terry Turner. (Full story here)

George Tatge has been the go-to guy for Sarasota County over the past few weeks as seaweed has washed up on shore. At the same time he’s been overseeing crews collecting that seaweed, he’s also been engaged in a different sort of cleanup effort. (Full story here)

Cooper Levey-Baker left out a minor nugget in his story last week on Supervisor of Elections Kathy Dent’s decision to back out of a debate with opponent Jon Thaxton because of a dispute with one of the sponsoring organizations, Sarasota Citizens for Responsible Government. (Full story here)

The dozens of youngsters gathered around tables in the Alta Vista Elementary School cafeteria on Aug. 7 chatted quietly among themselves as they ate their lunches, proving themselves a model of decorum. A visitor easily might have pegged them as Alta Vista “veterans,” ready to move on to middle school. (Full story here)

The death this week of Andrea Rody, a Sarasota County resident who was cutting grass in a median, “is a tragic reminder that performing mowing and other services on roadways is risky and should not be attempted by residents,” says a Sarasota County news release issued today, Aug. 7. (Full story here)

Damage resulting from Tropical Storm Debby in the municipalities of Sarasota County and in the unincorporated parts of the county combined has been estimated at $7 million, Ed McCrane, the county’s emergency management chief, told members of the Siesta Key Association on Aug. 2. (Full story here)

The Baltimore Orioles are inviting the public to Family Night at Ed Smith Stadium on Friday, Aug. 10, as the Gulf Coast League Orioles take on the GCL Rays in a free game starting at 7 p.m. This is the only scheduled night game of the team’s 2012 season, an Orioles press release notes. (Full story here)

The Venturas to perform during FridayFest Aug. 10

The Venturas will play the Van Wezel Performing Arts Hall’s free summer festival series, FridayFest, on Friday, Aug. 10,, from 5 p.m. to 9 p.m. The popular group will be doing some of its best jazz, Latin and blues renditions, right on the Sarasota bayfront, a Van Wezel news release notes. (Full story here)

While the Sarasota County Sheriff’s Office is trying to crack down on vehicle burglaries at Siesta’s beaches, Code Enforcement officers are trying to crack down on illegal parking in residential areas on the island, Sgt. Scott Osborne told members of the Siesta Key Association during their regular meeting on Aug. 2. (Full story here)

The Sarasota County Sheriff’s Office is requesting the public’s help in identifying two burglary suspects seen breaking into Rosebud’s Steak & Seafood House, 2215 S. Tamiami Trail in Osprey, on Aug. 3. The business alarm sounded at 1:51 a.m., after the suspects smashed a glass door on the north side of the building to gain entry, according to the Sheriff’s Office. (Full story here)