The Sarasota County Sheriff’s Office is reminding July Fourth celebrants not only to avoid setting off illegal fireworks, but to drive safely and not get behind the wheel if they’ve had too much to drink.
Gold Coast Eagle Distributing is sponsoring the Tow to Go program from AAA from July 4 to July 7. The program provides a free towing service and a ride home to prevent drunk driving. Drivers who would like to use the program may call 800-AAA-HELP (800-222-4357).

July Fourth is about rights

Independence Day is our most sacred national holiday. It was ordained as a day of celebration, but also one of sober reflection upon the causes that led prominent personages in 1776 to risk their lives, liberty and property to abjure the depredations of a remote government. Read more….

On June 29, the Supreme Court of the United States released its long-awaited decision in the several cases aggregated as Florida, et al v. Department of Health and Human Services, et al. In a 5-4 decision, the majority, led by Chief Justice John Roberts, upheld almost all of the Patient Protection and Affordable Care Act of 2010 — pejoratively referred to by opponents as “Obamacare” — including the controversial “individual mandate.” Read more….

The Sarasota County Sheriff’s Office and Sarasota County Government are reminding the public about fireworks safety in advance of the July Fourth holiday. And officials with the Siesta Key Chamber of Commerce still have VIP tickets to the festivities on Siesta Key, including private parking, a catered picnic and “front row” seating for the fireworks show. Read more….

Failing to reach a consensus today, July 2, on the three remaining applicants for Sarasota city manager, the City Commission voted to continue its search for a person to replace Robert Bartolotta, who resigned as city manager in February. Read more….

During their monthly meetings this week, members of the Siesta Key Association are expected to hear an update on the damage Tropical Storm Debby inflicted on Sarasota County, while members of the Siesta Key Village Association are expected to hear updates July 3 on the bid process for the Siesta Village maintenance contract, noise issues in the village and Sarasota County staff efforts to determine the best way to illuminate the Village crosswalks. Read more….

As U.S. Rep. Vern Buchanan’s legal troubles start to catch the eye of national news networks, it’s clear that his legal team is not pleased with how one Tampa Bay media outlet is covering the congressman’s ongoing dispute with a former business partner over allegations of illegal campaign contributions. Read more….

What was pegged as an update for the Sarasota County Commission this week on the county’s Stormwater Environmental Utility Program and new state water quality standards ended up with commissioners confused about the action staff wanted, one commissioner warning about spending money unnecessarily, and County Administrator Randall Reid affirming that staff needed to be clear about what it wanted in any appearance before the board. Read more….

During the six months since radar signs were installed around Siesta Key, one pad has been minus its sign. Apparently some misinformation has circulated about that sign situation, Chris Hauber, the technical specialist in the Sarasota County Mobility/Traffic Office told me June 29. Read more….

Post-Debby advisories issued for the public

As local governments continue to deal with Tropical Storm Debby’s effects on the county, Sarasota County Emergency Management officials are urging businesses to report any damage, health officials are warning people to use caution around flooded areas and standing water and the City of Sarasota is asking for patience with debris collection. Read more….

All weekend events of the 28thSuncoast Super Boat Grand Prix Festival remain on schedule, according to the event’s website, with the Festival Parade of Boats starting at 7 p.m. today, June 29, on Main Street in downtown Sarasota. Read more….

The Midnight Pass Society has re-filed a lawsuit in federal court, seeking judicial orders requiring the appropriate Sarasota County, State of Florida and U.S. officials to issue permits necessary for the reopening of Midnight Pass between Siesta and Casey keys. Read more….

With Chairwoman Christine Robinson voicing displeasure about the paucity of recommended arts grants going to South County in fiscal year 2013, the Sarasota County commissioners voted unanimously June 26 to ask the executive director of the Sarasota County’s Arts and Cultural Alliance to come back with more information before the commission take its annual vote on all the grants. Read more….

Of all the comments Sarasota County staff had received on preliminary design features for the new Gulf Gate library, “ninety-eight percent have been positive, overwhelmingly,” Project Manager Carolyn Eastwood told the County Commission during its regular meeting June 26. Read more…. 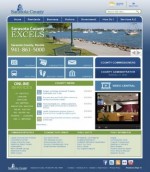 Sarasota County commissioners on June 27 proposed some tweaks to the design of the new county website, specifically to make it easier for people to find out information about economic development.
During a presentation by Crystal Pruitt in the Communications Department and Barbara Garrett in the Information Technology Department, Commissioner Joe Barbetta pointed out that if people can’t find information readily on a website, they leave it quickly. “It’s my understanding you have about 20 or 30 seconds to capture someone when they come on your site,” he said. Read more….

Sarasota County’s May economic data shows revenue from the tourist development tax was up 31.6% over the amount budgeted, while the income from the half-cent sales tax was up 15.7%, according to figures released by the Office of Financial Planning. Read more….

Cleanup efforts continued around the county today, June 28, as the remnants of Debby made their way out into the Atlantic Ocean.
The storm was downgraded to a tropical depression on June 27, according to the National Weather Service. Read more….

Sarasota News Leader contributor Fran Palmeri ventured to the Venice Jetty and Nokomis Beach today, June 25, to record the high surf — and at least one swimmer in the Gulf of Mexico — as Tropical Storm Debby continued to lash the area. Read more….

Member organizations of the HIV-AIDS Network of Southwest Florida will offer free HIV testing in Sarasota this week as part of the national HIV testing campaign, Sarasota County officials have announced. Read more….

A diluted mix of wastewater and stormwater flowed into the stormwater system in the Harbor Acres neighborhood today, June 25, as a result of heavy rainfall from Tropical Storm Debby, the City of Sarasota reported. Read more….

Remember the olden days (about 10 years ago), when a movie was still called a “movie,” and not a “film”? And, remember when summer at the movies also included choices for adults — stories about humans, not avatars; stories with actual people portraying their roles; and not everything with computer-generated graphics? Read more….