During its meeting on Monday, Dec. 7, the board will discuss whether to put the benches back in Five Points Park

The centrally located Selby Five Points Park became the center of controversy in 2011. Benches were removed from the downtown Sarasota park in August 2011, in response to complaints from downtown condominium residents who claimed homeless individuals and other people the residents described as “vagrants” were dominating the public seating. Residents asserted that such use of the park made downtown unsafe and would lead to a decline in property values. (Read more »)

In the 2015 fiscal year, the total economic impact on the county of sporting events held in Sarasota County parks was more than $74 million, according to a report prepared by county staff with the assistance of Visit Sarasota County, The Sarasota News Leader has learned. That figure, which represented 58 events, was up from about $49.3 million in Fiscal Year 2014 and more than $38 million in FY 2013, the report says. (Read more »)

Sarasota County among seven in the state where people do not die prematurely, study shows

As Sarasota County’s health official puts it, “Place matters.” Nonetheless, Chuck Henry, who has helmed the Florida Department of Health in Sarasota County since 2011, cites a broad array of factors — from general demographics to miles of walking and biking trails — as the reason Sarasota County is one of seven Florida counties where people do not die prematurely. (Read more »)

A debate that has pitted a growing nonprofit organization against one of downtown Sarasota’s most historic neighborhoods is likely to continue. The Laurel Park Neighborhood Association has appealed the city’s approval of a site plan and issuance of a building permit for a loading dock at the Woman’s Exchange, located on the edge of the neighborhood. The Laurel Park Association — which has long contended that the loading dock is not a compatible use on narrow Rawls Avenue — filed its appeal Nov. 24. (Read more ») 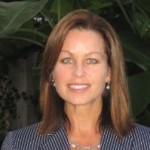 Already, Venice’s Fox Lea Farm ranks third — behind only Nathan Benderson Park and the Baltimore Orioles’ Spring Training at Ed Smith Stadium in Sarasota — for the economic impact its sports tourism has on the county, members of the Sarasota County Tourist Development Council (TDC) recently learned. In 2014, the farm’s nine horse shows had an economic impact of about $10.9 million, and the participants accounted for 14,464 room nights in Sarasota County accommodations, Laurie Birnbach, a representative of Fox Lea Farm, said during a Nov. 19 presentation to the TDC. (Read more »)

County staff is seeking a permit to lay pipes in the ditches that will enable treated stormwater to flow into the Grand Canal, especially during heavy rain events

As the sand in Big Sarasota Pass has shifted over the years, and more beach has accreted on the northern part of Siesta Key, the drainage system that used to allow stormwater to flow to the Gulf of Mexico has been disrupted, Sarasota County stormwater engineer Ben Quartermaine told The Sarasota News Leader this week. As a result, heavy rain events — when about 3 or more inches fall — bring misery to the residents of about 20 homes in the vicinity of the Higel Avenue/Ocean Boulevard intersection. (Read more »)

Handicapped parking space issues remain; Light Up the Village brought more visitors than expected; some problems have occurred during fundraising events at the beach; and Village maintenance wins kudos

On Dec. 1, Sarasota County Code Enforcement Officer Susan Stahley told about 15 members of the Siesta Key Village Association (SKA) that she planned to give the manager of the Key Corners plaza on Ocean Boulevard seven more days to add back a handicapped parking space that had been removed and replace a missing sign at the existing handicapped space. (Read more »)

Total number up 2 percent from October 2014 to October 2015, with 8.2-percent spending increase

They just keep coming — and spending their money. The number of visitors to Sarasota County this October who stayed in paid lodging grew by 2 percent compared to the figure for October 2014, Visit Sarasota County announced this week — and that growth came without the opening of a major new mall or an international rowing event at Nathan Benderson Park. (Read more »)

Events are set for Dec. 8 and 9 in Sarasota and Venice, respectively

Sarasota County Area Transit (SCAT) representatives want to hear from members of the public about how the bus service can improve, Sarasota County has announced. As part of the SCAT’s ongoing comprehensive operations analysis, department staff will host two open house-style workshops to hear people’s comments, a county news release says. At any time during the events, residents may stop in to share their views on how to improve routes and service. (Read more »)

The Sarasota County Sheriff’s Office has arrested the owner of Extreme Nutrition & Smoothie, located at 4104 Bee Ridge Road in Sarasota, for selling steroids out of his store, the office announced on Dec. 2. Since October, undercover detectives have bought Oxandrolone and Stanozolol worth nearly $500 from Christopher Lilley, 31, a news release says. Detectives obtained a search warrant, which was executed at the store on Tuesday, Dec. 1, “and located more than 600 additional capsules of both drugs,” the release adds. (Read more »)

Former Sarasota cosmetic surgeon Leonard Rubinstein, 61, has been sentenced to seven years in prison, to be followed by nine years of probation, as a result of his 12th Judicial Circuit conviction on four counts of practicing medicine with a revoked license, the Sarasota Police Department has announced. Judge Charles Roberts sentenced Rubinstein on Dec. 2, a Sarasota Police Department news release says. The charges stem from a 2013 case, the release notes. (Read more »)

The Sarasota County Parks, Recreation and Natural Resources Department has announced the return of its annual Holiday Arts and Crafts Show from 9 a.m. to 2 p.m. on Saturday, Dec, 12, at the Englewood Sports Complex. “This will be the largest craft show to-date,” featuring more than 105 vendor tables “selling unique creations such as handcrafted jewelry, holiday decorations, greeting cards, clothes and quilts,” a news release says. (Read more »)

Tips encourage people to be cautious

Sarasota County Sheriff Tom Knight is reminding residents about ways “to shop smart and stay safe this holiday season,” the Sheriff’s Office has announced. More officers patrol busy retail areas this time of year, a news release notes, but shoppers are encouraged to keep the following tips in mind when heading to the stores: (Read more »)