City-county board collaboration on homelessness collapses

The Sarasota City and County commissioners seemed to have found considerable common ground on the most vexing and controversial issue in Sarasota. But a closer alignment exhibited late last week proved short-lived. The two boards voted separately on Friday, Nov. 6, to direct their staffs to work together on a strategy incorporating both a homeless shelter and long-term housing and bring back recommendations within 45 days at the latest. Yet, three days later, on Nov. 9, the County Commission unanimously rescinded its Nov. 6 vote. (Read more »)

Oaktree Development will present its plans to city officials during the Nov. 18 Development Review Committee meeting, which is open to the public

During a series of upcoming city meetings, a developer’s representatives will present plans for 17 townhouses situated on the edge of Laurel Park. The proposal of Oaktree Development of Sarasota LLC will come before the City of Sarasota Development Review Committee (DRC) at 9 a.m. on Wednesday, Nov. 18, at City Hall, located at 1565 First St. in Sarasota. (Read more »)

Two former county employees warn of risks in reducing the experience applicants must have, and commissioners want more feedback from trade groups

After two former county employees raised concerns, and the Sarasota County commissioners learned that only one trade group had been consulted on the matter, the board this week voted unanimously to put off a decision until next month on whether to approve changes in the County Code regarding minimum qualifications for the county’s Building Official. (Read more »)

In approving priorities for the draft of a document the county and city will submit to the federal government, views diverge over specific language

On Nov. 10, the issue of establishing a community shelter for the chronically homeless arose for the second time this week during a Sarasota County Commission meeting, and, once again, it resulted in a disagreement with the City of Sarasota. Don Hadsell, director of the Office of Housing and Community Development, appeared before the county board on Nov. 10, seeking its approval of draft priorities that would be funded by the federal and state governments as part of the community’s Consolidated Plan for the 2016-2021 fiscal years. (Read more »)

County Commission makes it clear: 2016 public safety referendum does not include a new jail

Staff wins approval of tentative list of facilities for November 2016 bond referendum, with a ‘highly conceptual’ estimate of almost $191 million

Sarasota County Commissioners Christine Robinson and Charles Hines asked county staff this week to make it “crystal clear,” as Hines put it, that a bond referendum planned for November 2016 will cover a new Public Safety Campus on Cattlemen Road, expansion of the South County court facilities and property where the Sarasota County Sheriff’s Office could place all its fleet maintenance facilities, but not a new jail. (Read more »)

County moving ahead on purchase of new voting machines

With a unanimous vote on its Nov. 10 Consent Agenda, the Sarasota County Commission set in motion a process to purchase new voting machines in advance of the 2016 Presidential Election. Supervisor of Elections Kathy Dent told The Sarasota News Leader this fall that because of maintenance issues involving the current equipment, she felt the only way to ensure voting would not be problematic in 2016 was to obtain new equipment. (Read more »)

The issue before the Sarasota County commissioners on Nov. 10 was whether to approve a coastal setback variance for the installation of a new 639-square-foot sidewalk and replacement of eight existing wooden two-pole shelters with prefabricated concrete structures at Siesta Key Public Beach. Because about $400,000 is expected to be left in the $21.5 million budget for the park improvements, county staff appeared before the board to seek approval for these additional features on the western end of the complex. (Read more »)

Barring any other unforeseen problems, staff says the work should begin in January and conclude in late April, before sea turtle nesting season starts

With permits already in hand, Sarasota County staff this week seemed to have cleared the final major hurdle in its years-long planning to renourish South Siesta Key, including Turtle Beach. On Nov. 10, the single bid submitted for the project was right around the amount for which county staff was hoping, county spokesman told The Sarasota News Leader on Nov. 12: a little more than $18 million. (Read more »)

With an extra $400,000 estimated to be available for Siesta Beach Park improvements — thanks to the Jon F. Swift Construction firm’s oversight of the two-year project — the County Commission this week voted unanimously to use the money on additional amenities. However, the board voted to change the final two items on the list of alternates it approved in August 2013 in the event cost savings would permit their inclusion. (Read more »)

Conservation on Sanibel Island to be focus of meeting, field trip

In Florida, where development usually runs rampant, Sanibel and Captiva islands near Fort Myers are standout exceptions, thanks to the hard work and generosity of many individuals and organizations, including the City of Sanibel, the J.N. “Ding” Darling National Wildlife Refuge and the Sanibel-Captiva Conservation Foundation (SCCF). An astounding 67 percent of of Captiva is in conservation. (Read more »)

Siesta Key Crystal Classic gets under way on Nov. 13 and runs through Nov. 17

24 master sand sculptors will vie for awards and audience accolades

Equipped with their own special tools, swirls of fanciful designs in their heads — or scribbled on paper — and the oh-so-necessary pairs of sunglasses, international teams have descended upon Siesta Key in the quest for prizes. Perhaps the greatest goal of these competitors is to hear the “Ooooohs” and “Aaaahs” of the crowds. What event has drawn them to Sarasota County? It is the sixth Siesta Key Crystal Classic, which opens on Friday, Nov. 13, and continues through Tuesday, Nov. 17, at Siesta Public Beach. (Read more »)

Almost 15,000 properties removed from high-risk flood zones in the county 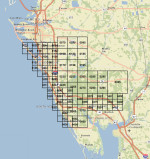 Revised maps available for review on the county’s website

Nearly 15,000 properties have been removed from high-risk zones on the revised draft of Sarasota County’s Special Flood Hazard Area maps following a review by the Federal Emergency Management Agency (FEMA), the county has announced. “Sarasota County and its partners at the cities of North Port, Sarasota and Venice, the Town of Longboat Key and the Southwest Florida Water Management District worked as a team to submit more than 800 comments and eight separate technical appeals to FEMA in April in an effort to improve the accuracy of the flood risk maps,” a county news release says. (Read more »)

To establish an endowment for early literacy programs, the organization hopes to raise the money by Dec. 31, 2016

The Library Foundation of Sarasota County has launched a new fundraising campaign aimed at getting books into as many children’s hands as possible, it has announced. To do that, it hopes to meet its goal of raising $500,000 by Dec. 31, 2016. Through its Imagination Library Program, the Library Foundation provides about 500 children every year with a new book each month, starting with infants as young as 1 month old. (Read more »)

Candace Messerschmidt was named Volunteer of the Year on Nov. 4 during the 27th annual Keep Sarasota County Beautiful (KSCB) awards and dinner, the county has announced. Messerschmidt was among 19 individuals and organizations honored at Robarts Arena for dedicating “time and energy to making Sarasota County a better place.” The event, which featured elected officials and other leaders from across the county, also recognized the more than 2,500 volunteers who donated more than 6,000 hours of service to the community during the 2015 fiscal year. (Read more »)

102 volunteers enhance bioswale at the Celery Fields in Sarasota County

A group of 102 Sarasota Bay Estuary Program (SBEP) Bay Guardian volunteers added 900 native plants to a bioswale at the new birding center at the Celery Fields on Saturday, Nov. 7, SBEP has announced. “A bioswale is a shallow vegetated landscape area with gently sloped sides designed to hold rainwater,” a news release explains. SBEP supported the project with a Bay Partners Grant, the release adds. Awarded earlier this year, the grant supports the efforts of Sarasota Audubon and the Florida House Institute to educate residents about stormwater pollution, native plants, water conservation and the Phillippi Creek watershed. (Read more »)