The popular Sarasota grocery has been called a catalyst for downtown revitalization, having been established before many of the condominium complexes began rising nearby

After 12 years, the downtown Sarasota Whole Foods Market will be getting an updated look, The Sarasota News Leader has learned. The grocery — known locally as a catalyst for downtown revitalization before condominium complexes began multiplying near it, and even seen nationally as an early model for urban grocery projects — is slated to undergo renovation this year. (Read more »)

While some Sarasota County staff members negotiate with the City of Venice on leasing the city’s Hamilton Building as a temporary library space, others will be working to obtain a final assessment of whether a new library can be built on the site of the facility that closed Jan. 30 because of concerns about mold. (Read more »)

About $40 million more in federal funds for the State Housing Initiatives Partnership Program (SHIP), which helps make affordable homes available, will be coming to the state this year than last year, Don Hadsell, director of the Office of Housing and Community Development in Sarasota, told the Sarasota County Commission this week. (Read more »)

The director of the Office of Housing and Community Development tells the County Commission he will continue seeking applicants, as the committee must deliver a report to the commission by June 30

The Sarasota County Commission this week appointed eight individuals to a committee that oversees affordable housing initiatives, but three seats remain open because of an insufficient number of applicants meeting the specific criteria for the positions. (Read more »)

On Feb. 1, the Sarasota County Commission received an update from staff saying the Florida Department of Transportation was continuing to negotiate with CSX over the purchase of approximately 100 miles of railroad corridor — including the piece needed for the north extension of The Legacy Trail. (Read more »)

Representatives from Indian Beach Sapphire Shores and Gulf Gate said during the Feb. 8 CONA meeting that their neighborhoods are considering applying for the status

Egging incidents reported in one neighborhood; the Coast Guard issues a Notice to Mariners in advance of the dredging for the South Siesta Renourishment Project; and the SKA gets a new board member

With reports of Siesta homes having been egged over the last weekend in January, the Sarasota County Sheriff’s Office is searching for two perpetrators described as possibly 15 or 16 years of age, Sgt. Jason Mruczek told about 70 members of the Siesta Key Association. (Read more ») 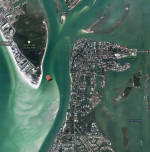 The U.S. Army Corps of Engineers (USACE) is still at work on its response to the Florida Department of Environmental Protection’s second request for information regarding the proposal to dredge Big Sarasota Pass to renourish Lido Key Beach, The Sarasota News Leader has learned. (Read more »)

As a consultant this week sought direction from the Sarasota County Commission about how to prioritize parks projects over the next five years — given anticipated funding limitations — Commissioner Christine Robinson had a succinct suggestion. (Read more »)

Effort requested by Conservation Foundation of the Gulf Coast as it works to purchase the property; North Port Chamber to explore changing its stance on the acquisition proposal

The Sarasota County Commission agreed by consensus this week to a request from the Conservation Foundation of the Gulf Coast to update the county’s 2010 appraisal of the 5,774-acre Orange Hammock Ranch property near the City of North Port. (Read more »)

Facility opened Feb. 9 in Bee Ridge Park; after it closes on Feb. 18, applications still may be submitted by mail

The Sarasota Ministerial Association will hold a service in Payne Park on Friday, Feb. 12, during which government representatives, businesspeople and “members of the social service and faith communities will form a ‘thank you line’” to present commemorative coins to the community’s first responders, the Association has announced. (Read more »)

Sarasota County is once again going to bat with the Baltimore Orioles and the Big League Reader Program to encourage youth leadership and foster a love of reading, the county has announced. (Read more »)

Events will take place March 23-25 in Englewood, Sarasota and Laurel

The Sarasota County Parks, Recreation and Natural Resources Department is accepting registrations for its Fifth Annual Pickleball Slam, which will be held March 23-25, the county has announced. (Read more ») 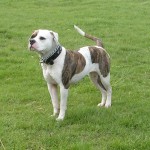 The South Venice Water Quality Task Force has announced that the next Siesta Waterway workday is scheduled for Saturday, Feb. 13, beginning at 8:30 a.m. (Read more »)

The City of Sarasota’s Finance Department was honored recently by the Government Finance Officers Association of the United States and Canada with three prestigious professional awards, the city has announced. (Read more »)

A March 22 event will name the honoree from among them

Teachers at three public schools in Sarasota were surprised on Feb. 9 when they were revealed as the Sarasota County School District’s 2016-17 Teacher of the Year finalists during the annual Teacher Tribute Tour, the district has announced. (Read more »)

City of Sarasota to close offices for Presidents’ Day

Weekly garbage and recycling collections will remain on normal schedule

City of Sarasota administrative offices will be closed Monday, Feb. 15, in observance of Presidents’ Day, the city has announced. “Weekly garbage, yard waste and recycling collections will not be impacted,” a city news release stresses. (Read more »)