Stores selling dogs and cats have until Jan. 27, 2017 to come into compliance with the new regulations; further discussion planned on exemptions for breeders of purebred animals

It was almost exactly 11 hours after Sarasota County Commission Chair Al Maio opened the Jan. 27 regular meeting that the board voted 3-2 to ban the sale of dogs and cats at retail stores in the county, the culmination of a process that speakers pointed out began about four years ago. (Read more »)

‘Where we’ve been; where we are’: County reaching out to the city on homelessness issues 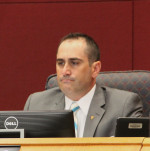 County Commissioner Paul Caragiulo, a former city commissioner, will attend the Feb. 2 DID board session

The Sarasota County commissioners this week formally appointed their fellow board member, Paul Caragiulo, to attend the City of Sarasota’s Downtown Improvement District (DID) meeting on Feb. 2, where he is scheduled to talk about ongoing efforts to build a come-as-you-are shelter for chronically homeless individuals. (Read more »)

For a 4.5-acre area on University Parkway that Sarasota County staff has called a rare piece of wetlands, it came down to a matter of allowing infill, with mitigation about 6 miles away, or preservation, and infill won. (Read more »)

As City Commission vote nears, advocates crusade to save a right of way adjacent to Pineapple Park

In her crusade to save a strip of city-owned property bordering Pineapple Park in downtown Sarasota, Barbara Campo has amassed stacks of documents and maps. According to one of those records, back on Jan. 13, 1972, the Seaboard Coastline Railroad Co., in a quitclaim action, “deeded it to the city to put it in trust for public benefit,” Campo said of the 30-foot-wide right of way. (Read more »)

It took barely more than 100 seconds for the Sarasota County Commission this week to reappoint two current members of the Planning Commission and to name a third person to an open seat on that board. (Read more ») 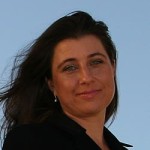 Just last week, a group of people paddled down the Myakka River, spending three nights at campsites where their tents were set up before they arrived, and chefs were ready to prepare their dinners. It was the first trip offered by ecko, a project of the Science and Environment Council of Southwest Florida, the council’s executive director, Jennifer Shafer told members of the Sarasota County Tourist Development Council (TDC) at their Jan. 21 meeting in Sarasota. (Read more »)

Almost exactly two years after Sarasota County commissioners voiced worries about an agreement for a Kimpton Hotel on county-owned property at 20 N. Washington Blvd. in downtown Sarasota, the board this week formally terminated an Invitation to Negotiate (ITN) process for the 41,595-square-foot site. (Read more ») 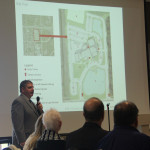 With more employees retiring, concern has arisen in city and county offices over filling positions; partnership in Precision Machining Program seen as a model

As Sarasota County Government and the county’s municipalities deal with increasing employee retirements, the Sarasota County School Board chair has encouraged her fellow elected leaders to lobby legislators for measures that would allow the Suncoast Technical College (STC) to provide the necessary training to help fill some of the positions. (Read more »)

Number of visitors projected to rise 5 percent this year, with their spending up 3 percent, Visit Sarasota County says 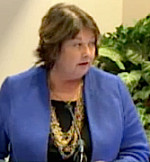 Total economic impact of tourism in the county was close to $2.7 billion in the 2015 fiscal year, data show

The number of visitors to Sarasota County in the current fiscal year — which began Oct. 1, 2015 — is projected to climb 5 percent, and visitor spending is expected to rise 3 percent, members of the Sarasota County Tourist Development Council (TDC) learned during their Jan. 21 meeting. (Read more »)

Just in time for nesting season, an osprey has returned to a roost that was carefully relocated by the City of Sarasota to avoid construction impacts. In August 2015, the City of Sarasota moved the osprey nest from a light pole on the site of a new multi-purpose field at the Robert L. Taylor Community Complex in north Sarasota. (Read more »)

Resolved: to live a ‘wild and precious life’

January is the time of year when we think about making changes. We can get instant gratification by throwing out leftover holiday cookies or packing a suitcase and walking out the door! But most changes are slow to be realized and staying on course can be arduous. (Read more »)

Absentee ballots to be mailed overseas to military personnel and civilians starting Jan. 29 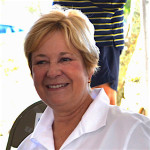 The Supervisor of Elections Office is reminding the public about ways to facilitate voting in the March 15 primary and the Nov. 8 General Election

Barrier wall to be installed on Bee Ridge Road from U.S. 41 to McIntosh Road

Northbound lane to be closed on Sawyer Road at night beginning Jan. 27

As part of a two-year project, construction crews are shifting traffic to the north and installing a barrier wall on Bee Ridge Road from U.S. 41 to McIntosh Road, the Florida Department of Transportation (FDOT) has announced. The barrier wall installation, which will take place at night, will necessitate closure of an additional eastbound lane. (Read more »)

Event is set for Feb. 3 at Venice Elementary School

Residents are invited to join Sarasota County staff to discuss the future of library services in Venice at an upcoming “Community Conversation.” The session, which will include a question-and-answer period, will be held from 5:30 to 7 p.m. on Wednesday, Feb. 3, at Venice Elementary School, located at 150 Miami Ave. E. in Venice, a county news release says. No registration is required. (Read more »)

Events will start again on Feb. 3 and continue through March 30

Registration will continue through Feb. 1 for the 27th Annual Gulf Coast Senior Games, which will take place Feb. 13-21 at venues throughout Sarasota and Manatee counties, Sarasota County has announced. (Read more »)

The Baltimore Orioles and the Sarasota County Schools are collaborating on a new initiative to encourage healthful lifestyles among middle school-aged children in Sarasota County, the team and the school district have announced. (Read more ») 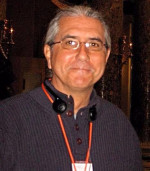 The Sarasota County Libraries and Historical Resources Department has hired Robert F. Bendus as the new historical resources manager, the county has announced. He is expected to start work in early March. (Read more »)