Given a difference of more than $420,000 between Sarasota County’s appraisal of the Bucko’s store site on Myrtle Street and an appraisal conducted by the owner, the Sarasota County Commission this week voted unanimously to end negotiations on that site for the location of a come-as-you-are homeless shelter. (Read more »)

Sarasota County has been asked to step away from its attempts to obtain the property, with state Sen. Nancy Detert assisting in the new negotiations

The president of the Friends of Little Salt Spring was caught by surprise when he learned on Jan. 8 that Sarasota County no longer is in contention to acquire Little Salt Spring from the University of Miami (UM), he told The Sarasota News Leader. (Read more »)

The subject for the Sarasota County Commission on Jan. 13 was supposed to be project priorities proposed for the Sarasota/Manatee Metropolitan Planning Organization (MPO) board to adopt for inclusion in the development of the Florida Department of Transportation (FDOT) 2016-21 work program, including those funded by the Federal Government. (Read more »)

A spokeswoman for the U.S. Army Corps of Engineers (USACE) told The Sarasota News Leader this week that the federal agency still is working on its response to the Florida Department of Environmental Protection’s second request for information (RAI2) about the proposal by the City of Sarasota and the USACE to renourish Lido Key Beach. (Read more »)

The Jan. 13 agenda framed it as a discussion of the interlocal parks agreements between Sarasota County and its municipalities. But by the time the County Commission moved on to the next item, about 40 minutes later, it had proven to be an opportunity for board members to vent frustrations over what Commissioner Carolyn Mason characterized as the “us versus them” attitude county leaders have perceived in recent interactions with elected municipal officials. (Read more »)

After debating whether to keep the Venice Public Library operating through season, the Sarasota County commissioners agreed on Jan. 12 that the potential for ill health in patrons, volunteers and staff exposed to mold in the facility made the closing a prudent act. (Read more »)

On Dec. 7, 2011, faced with more than a decade-long process to upgrade the facilities at Siesta Public Beach, the Sarasota County Commission took what some observers called a bold step: It unanimously approved a $1.4 million contract for design and permitting services that would allow the construction to be completed 10 years earlier than originally planned. (Read more »)

When the Sarasota County Commission voted unanimously last month to side with the Siesta Isles Association in its appeal of a county stop-work order regarding its planting of new trees along the streets leading into its neighborhood, board members voiced vexation. (Read more »)

County expects to save $600,000 a year after privatizing paratransit services

Sarasota march and rally to be held for Bernie Sanders on Jan. 23

Event scheduled to begin downtown and conclude at Unconditional Surrender

Feel the Bern SRQ, a grassroots organization that supports and campaigns for Democratic presidential candidate Bernie Sanders, will host a March and Rally for Bernie on Saturday, Jan. 23, from 12:30 to 4 p.m. in downtown Sarasota, the organization has announced. (Read more »)

As part of Stride Toward Freedom, the 2016 Sarasota Martin Luther King Jr. Community Celebration honoring the life and work of the civil rights leader, Booker High School will present Dream Big: Civil Rights and Social Justice from 6 to 8 p.m. on Sunday, Jan. 17, in the school’s Visual and Performing Arts Theatre (VPA), the Sarasota County School District has announced. (Read more »)

Training offered for volunteers to assist with census of homeless residents

Sessions scheduled this week in Sarasota; donations also sought to pay for items, such as food and socks, to be given to the homeless

The Suncoast Partnership to End Homelessness is seeking community volunteers “to reach out to our homeless citizens and find out what their needs and issues are,” the Partnership has announced. (Read more »)

Annual Parkinson’s symposium to be held in Sarasota on Jan. 23

Event scheduled at the Sarasota Memorial Institute for Advanced Medicine

On Jan. 23, two of Florida’s most respected neuroscience experts will be in Sarasota to share the latest research and findings on Parkinson’s disease and its treatment, the Neuro Challenge Foundation for Parkinson’s and Sarasota Memorial Health Care System have announced. (Read more ») 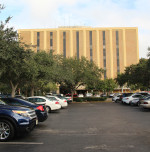 Event to feature free saplings for participants, as long as the supply lasts, and appearance by Smoky the Bear

The public is invited to celebrate 2016 Florida Arbor Day with a ceremony at 1:30 p.m. on Friday, Jan. 15, in the parking lot of the Sarasota County Administration Center, the county has announced. (Read more »)

The facility, which shares space with the Sheriff’s Office, is expected to win LEED certification

Sarasota County celebrated the opening of Fire Station 17 near Nathan Benderson Park on Jan. 7, complete with the traditional “uncoupling of the hose” ceremony, the county has announced. The single-story structure, which is more than 12,000 square feet, features three truck bays, full-time staff and an advance life support ambulance. (Read more »)

Trash and recycling collections will not be affected

Events, offering handcrafted items, will be held once a month from January through April

Sarasota County Parks, Recreation and Natural Resources Department’s Barefoot Beach Bazaar arts and crafts shows are returning to Nokomis Beach for the 2016 season, the county has announced. The bazaars are held on the third Saturday of the month, January through April, at the Nokomis Beach Plaza, located at 100 Casey Key Road in Nokomis. (Read more »)