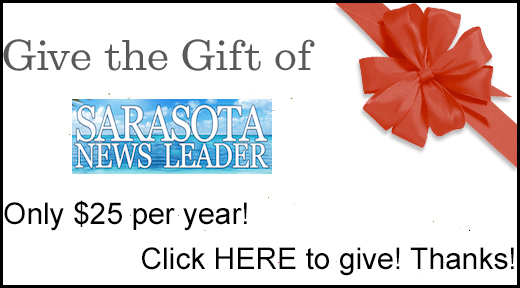 Concerned about those last-minute gifts, or buying for that person who seems to have everything? Then give them the gift of our award-winning, comprehensive local news coverage! Simply click on the banner above to enter your gift subscriptions, and each recipient will receive a personalized message from you to accompany your gift.

As Sarasota County staff members continue undertaking due diligence on potential sites for a homeless shelter, pinpointing the funding sources to build and operate such a facility remains a high concern, Wayne Applebee, director of homelessness services for the county, told The Sarasota News Leader in a recent interview. (Read more »)

Call it a matter of monitoring rising tides, and adapting

City Commission adopts a Bay and Beach Monitoring Plan and a Climate Change Adaptation Plan, with $155,000 in Deepwater Horizon settlement funds going to the programs

Sarasota City Commissioner Susan Chapman watches the tides. “It’s not like Miami yet,” said Chapman, who lives on Hudson Bayou. “But it is something that should scare us.” City officials are not waiting until fish are swimming in the streets to take action. Earlier this month, the City Commission put a new plan in place to monitor — and ultimately prepare for and adapt to — the impacts of a changing climate. (Read more »)

Al Maio says the board is awaiting responses from the state and the U.S. Army Corps of Engineers on the Atkins report, but the News Leader finds no such responses will be forthcoming

The incoming chair of the Sarasota County Commission told members of the Siesta Key Association (SKA) this month that county staff is awaiting responses from the Florida Department of Environmental Protection (FDEP) and the U.S. Army Corps of Engineers (USACE) on the county’s peer review of the Lido Beach Renourishment Project. (Read more »)

In plans to address homelessness, shelter tour for the media fuels more friction between city and county

During the outing for reporters, county officials defend sites under due diligence for a shelter, but city officials find fault with the county’s plan

In September 2013, as homelessness issues consultant Robert Marbut visited with representatives of civic and nonprofit organizations, as well as elected officials, in pitching his solution for what he called a “transformational center” in Sarasota County, he stressed a “Smart Love” approach in dealing with the area’s population of chronically homeless individuals. (Read more »)

The Sarasota County School District has earned back-to-back recognition in being named a Gold Level award recipient by Florida Action for Healthy Kids (FAHK) in commendation of its efforts to promote good health for students and staff. (Read more ») 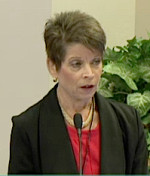 A question about how to proceed on a Temporary Use Permit (TUP) request from a person seeking to set up a food truck at a Bee Ridge Road service station recently led to broader County Commission debate about handling such agenda items until the county has a new food truck ordinance in place. (Read more »)

Commissioners ask staff to work on a way to prevent future, similar situations involving one department giving the go-ahead for a project and then a second department stopping that undertaking

Not only did the Sarasota County Commission grant the appeal of a Siesta Key homeowners group regarding its efforts to remove and replace trees to beautify two entrances to its neighborhood, but the board last week also unanimously called for a staff review of the county’s Trees Code to prevent similar situations in the future. (Read more ») 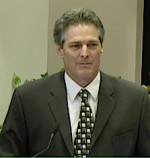 Before the Sarasota County commissioners last week gave unanimous approval to a change in the qualifications for the county’s Building Official, the director of Sarasota County’s Planning and Development Services Department assured them that building industry groups, the county’s Chambers of Commerce and area engineers and architects supported the modification. (Read more »)

Two Siesta Key items on the Sarasota County Commission’s Dec. 9 agenda were handled promptly under the new “Presentation Upon Request” policy for public hearings. They were the continuation of the Temporary Use Permit (TUP) for the Siesta Key Farmers’ Market for another year; and approval of a license agreement with Holderness Enterprises LLC so it can erect a subdivision entryway sign within the public right of way on Columbus Boulevard. (Read more »)

Seagrass acreage in Sarasota Bay is at its highest level since the 1950s, having grown by 701 acres from 2012 to 2014, the Southwest Florida Water Management District (SWFWMD) has announced. (Read more »)

Twice each year, residents of area neighborhoods submit proposals to the county to fund changes they wish to see in their communities, a county news release notes. The next round of Sarasota County Neighborhood Grant Program workshop dates has just been released and is available on the Neighborhood Services website. (Read more »)

On Saturday, Dec. 12, more than 20 decorated vessels participated in the 30th Annual Sarasota Holiday Boat Parade of Lights, held on Sarasota Bay. The event, which is produced by and benefits Suncoast Charities for Children, nets an average of $10,000 in donations each year for the nonprofit organization, a news release explains. (Read more »)

Garbage collection schedule will be adjusted as well

Most Sarasota County government offices and facilities will be closed Thursday, Dec. 24, and Friday, Dec. 25, in observance of the Christmas holiday, and Friday, Jan. 1, for New Year’s Day. “That includes all county recreation centers, Arlington Pool, Payne Park and the public pistol and rifle range at Knights Trail Park,” a news release points out. (Read more »)

Non-competitive event will begin at 8:45 a.m.

The Eighth Annual Reindeer Games will be played at Bobby Jones Golf Club in Sarasota on Christmas Day, the City of Sarasota has announced. The club is located at 1000 Circus Boulevard, northwest of the Beneva Road/Fruitville Road intersection. (Read more »)

The Sarasota County Sheriff’s Office has received the Seven Seals Award from Employer Support of The Guard and Reserve (ESGR), a Department of Defense office, Sheriff Tom Knight has announced. “ESGR promotes cooperation and understanding between Reserve Component Service members and their employers,” a news release explains. (Read more »)