14 parcels remain the focus of a dispute that had its first public airing during the County Commission’s Sept. 14 budget hearing

Deputy Sarasota City Attorney Michael Connolly and Sarasota County staff are expected to meet on Monday, Oct. 19, to discuss the county’s efforts to assess fire and rescue fees on 14 city-owned parcels, Connolly told The Sarasota News Leader this week. Connolly plans to update the City Commission on the matter during the board’s regular session that afternoon, he added. That City Commission meeting will begin at 2:30 p.m. Monday at City Hall in downtown Sarasota. (Click here to continue reading)

For the third time in three years, the County Commission denies a variance for construction of a Siesta Key house

An Osprey couple’s attorney says he would prefer not to litigate, but the county’s not allowing his clients to build the house would be ‘a categorical taking’

Facing the threat of a lawsuit, the Sarasota County Commission nonetheless voted unanimously this week to deny the request of Siesta Key property owners seeking a variance, for the third time in almost three years, to build a home completely seaward of the county’s Gulf Beach Setback Line (GBSL). “To deny this variance would place an unreasonable hardship on the land because, without the variance, there’s no reasonable or economically viable use available for the property,” William Merrill III, an environmental attorney and partner with the Icard Merrill firm in Sarasota, told the board on Oct. 14. (Click here to continue reading)

The topic at hand was the homeless facility in Pinellas County — Pinellas Safe Harbor — which opened in January 2011. However, Susan Latvalla, who was involved in its establishment as part of her 14 years of service as a Pinellas County board member, asked the Sarasota County commissioners to bear with her on Oct. 13 as she began what she said might seem an unrelated anecdote. (Click here to continue reading)

A consulting firm is expected to provide its findings in 10 to 12 months, including recommendations on improving efficiencies

Almost 14 months after the Sarasota County Commission authorized a comprehensive operations analysis of its transit system, the board this week awarded a contract to a consulting firm that will handle the work. The item won unanimous approval as part of the board’s Consent Agenda during its Oct. 13 meeting in Venice. (Click here to continue reading) 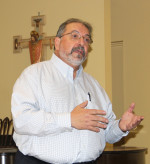 County’s budget includes about $19 million for Siesta projects; Sandfest is set for Nov. 6; and Safe Treats will mark its 29th year

Sarasota County Commissioner Al Maio put the county’s 2016 fiscal year budget in the spotlight during this month’s meeting of the Siesta Key Association (SKA), including projects estimated at almost $19 million that will directly affect the Key. First, Maio provided an overview of the $1,091,803,496 budget, pointing out that the total is down about 5 percent compared to FY 2015. The county’s reserve funds add up to about $150 million, he said, and the county has saved about $69 million thanks to recent debt restructuring. (Click here to continue reading)

Transition Sarasota releases the schedule for its Eat Local Week

With less than two weeks to go before its Oct. 24 start date, the full schedule for Greater Sarasota’s fifth Eat Local Week has been posted online at www.localweeksrq.org, the organizer, Transition Sarasota, has announced. “From our perspective, this is one of the most hopeful movements of our time,” explains lead organizer Don Hall in a news release. “We fully expect that more people than ever will join in the fun this year. Eating and growing locally are not only profoundly enjoyable; they also have the potential to contribute significantly to the future health, sustainability, and prosperity of our local community.” (Click here to continue reading)

New signs installed on the Sarasota County Sheriff’s Office building in downtown Sarasota will help people seeking assistance, find the headquarters for routine business and allow the agency to offer a safe location to conduct online transactions, the Sheriff’s Office announced this week. The office shares a building at 2071 Ringling Blvd. in downtown Sarasota, a press release notes. When the Sarasota County Sheriff’s Office became the only law enforcement agency with a front desk open and staffed 24 hours a day, Sheriff Tom Knight felt the lack of signage posed a public safety issue. (Click here to continue reading)

FDOT to hold public meeting on highway improvements in Venice

Session will focus on plans for the U.S. 41 Bypass in Venice from Gulf Coast Boulevard to Bird Bay Drive

From 5 to 7 p.m. on Wednesday, Oct. 21, District One staff of the Florida Department of Transportation (FDOT) will hold a public information meeting regarding improvements to the U.S. 41 Venice By-Pass from Gulf Coast Boulevard to Bird Bay Drive, FDOT has announced. The session will be held at the Venice Community Center, located at 326 Nokomis Avenue S. in Venice, a news release says. “FDOT will hold this meeting to give interested people the opportunity to talk one-on-one with staff and make comments about the project,” the release adds. (Click here to continue reading)