Sarasota News Leader contributor Fran Palmeri ventured to the Venice Jetty and Nokomis Beach today, June 25, to record the high surf — and at least one swimmer in the Gulf of Mexico — as Tropical Storm Debby continued to lash the area.

At 5 p.m. Eastern Daylight Time, the National Hurricane Center advised that a tropical storm warning remained in effect for the Florida Gulf Coast from Englewood to Destin, with reports of Debby having sustained wind of 45 mph. Her winds were extending outward up to 230 miles, the NHC reported.

The storm was located at latitude 29.3 north and longitude 85.1 west, about 30 miles south-southwest of Apalachicola. Debby was reported to be moving toward the northeast at nearly 5 mph, according to the NHC.

Although Debby had weakened, the NHC added, “the combination of a storm surge and the tide will cause normally dry areas near the coast to be flooded by rising waters.” 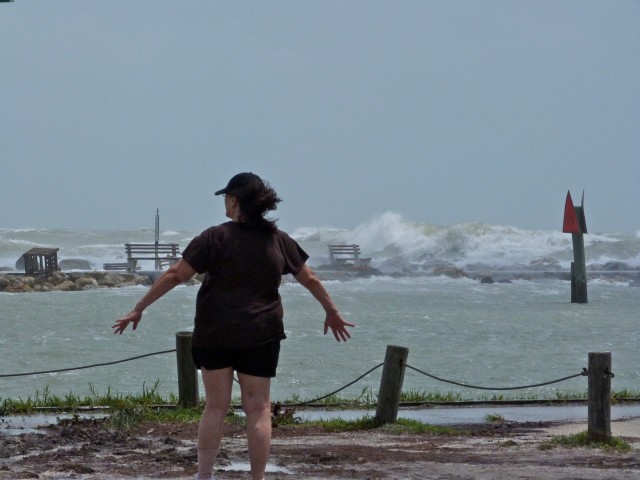 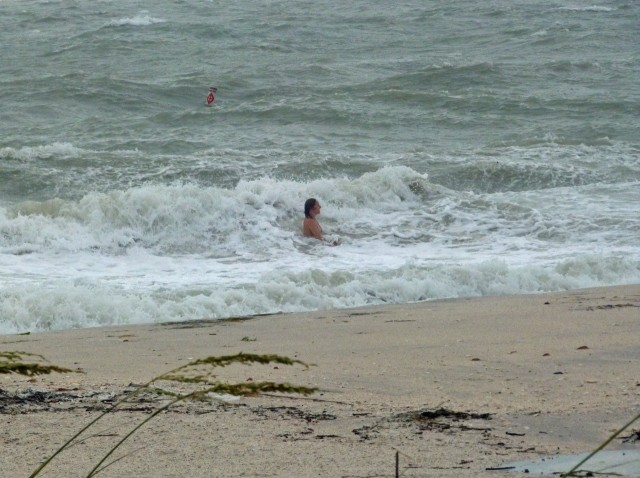