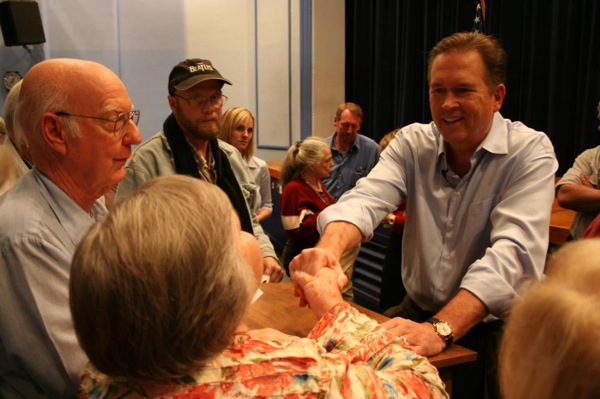 As U.S. Rep. Vern Buchanan’s legal troubles start to catch the eye of national news networks, it’s clear that his legal team is not pleased with how one Tampa Bay media outlet is covering the congressman’s ongoing dispute with a former business partner over allegations of illegal campaign contributions.

In documents filed with Sarasota County on June 22, lawyers for Buchanan asked the judge overseeing the case to stop plaintiff Sam Kazran and his lawyer, Robert Stok, from speaking to the media. Kazran is suing Buchanan in part because, Kazran says, the congressman worked “to silence Kazran regarding numerous election laws which were knowingly violated by Buchanan during his run for public office.”

In its filing, Buchanan attorney Michael Semanie argued that Kazran and Stok are “trying this case in the media,” “publicly disparaging” Buchanan’s character and employing “calculated and deliberate public smear tactics.” Their evidence? Three stories aired and posted by the Tampa Bay station WTSP:

All three were written by WTSP Senior Reporter Mike Deeson.

“Although Defendants do not presently question the motives of the author of the attached articles, certain reported ‘facts’ intended to disparage Defendants’ character, which could have been gleaned only from Plaintiffs’ counsel or Plaintiff himself, are demonstrably false,” Semanie wrote. A footnote claimed that “a demand for correction” was sent to Deeson.

Deeson posted a “clarification” Tuesday, June 26, the day after Semanie formally withdrew his request to have Kazran and Stok muzzled. “It’s not like I’m the only one that’s reporting things about him,” Deeson tells the News Leader, citing recent CNN and New York Times stories about the case. “But let’s be honest. I did make a mistake.”

The real reason for the Buchanan motion may have been to prevent the pretrial release of a videotaped deposition Buchanan is scheduled to give July 30-31. Buchanan’s team argued that legal precedent gives the court the right to restrict release of that deposition, arguing that Kazran and Stok want to turn “‘the discovery process into a means to obtain information for publication in the press or other media.'”

The deposition may “contain matters that are inadmissible in evidence, irrelevant to the issues in litigation, defamatory, or prejudicial,” Semanie wrote, concluding: “The video deposition will proceed as scheduled and Plaintiffs will be entitled to use the videotape and information for the preparation of their case — just not for the purpose of unfairly prejudicing the Defendant.”

When asked about the filing and its withdrawal, Buchanan attorney Mark Ornstein writes in an email that the motion was rescinded “at Vern’s request”:

Kazran must be held accountable for refusing to repay the loans, and this proceeding must go forward without distraction. It is important to remember that Vern first sued Kazran on September 4, 2008 to recover his loans; and Kazran then cynically brought a different lawsuit against Vern on October 1, 2008. Kazran has no excuse for his failure to repay the $3 million he borrowed from Vern. The facts involving this business dispute are clearly on our side and we look forward to a swift resolution that forces Kazran to repay the money.