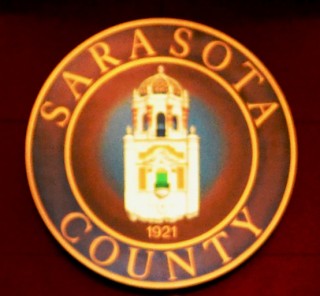 The Sarasota County commissioners voted unanimously May 23 to ask their Environmentally Sensitive Lands Oversight Committee to review recommendations for a pilot program involving county-owned transfers of development rights before they act on it.

Those TDRs would result in greater density for certain projects in the county’s 2050 Plan, which was created to govern development in the county east of Interstate 75.

The commission also was being asked to consider allocating 10% of the TDR proceeds for land management, instead of using all of the money for acquisition of more environmentally sensitive lands.

In 1999, county voters approved a special tax to fund such acquisition, while a second referendum in 2005 expanded the program to include acquisition of urban parkland. The program is scheduled to end in 2029.

Thaxton suggested that a maximum of 10% of TDR proceeds go to land management expenses. An amendment to the county’s Comprehensive Plan would be necessary for any of the funds to be used for management purposes.

Tom Polk, the county’s general manager for planning services, apologized at the outset of the commission’s discussion that, because of a staff oversight, the matter was not brought to the ESLOC for review during its April meeting.

“That’s very unfortunate,” Commissioner Jon Thaxton told Polk. “To have such a significant change in this program without soliciting the oversight of this really talented and diverse committee … is frustrating.”

Polk responded that staff had been providing regular updates to the ESLOC members as the TDR initiative — which began in January 2011 — had unfolded.

“I don’t want to try to make a decision on this without their input,” Commissioner Carolyn Mason said of the committee members in making the motion to delay commission action.

Thaxton also asked County Administrator Randall Reid to ensure that staff alerted the ESLOC members “that this is coming up at the next meeting … and we need to expedite their input.”

During his presentation, Polk explained that Hettema Saba, a commercial real estate appraisal firm, which was hired by the county to help with the TDR process, had been researching what other local governments charged for TDRs, as the commission had directed.

A document prepared for the commission by Roger L. Hettema of that firm says, “The concept and purpose of TDR is to preserve sensitive wetlands, lands that have different types of conservation value, agricultural lands, and to prevent urban sprawl.”

It adds that “the objective of the 2050 Plan [is] to concentrate density into preferred areas that are nearer the urban service boundaries or are in areas where infrastructure is readily available or can be provided.”

William K. Spaeth in the Planning and Development Services Department told the board May 23 that staff had identified 35 jurisdictions across the United States that have TDR programs; 14 of those are in Florida. However, he said, research showed that no standard pricing practice had been established.

How much to charge

The pricing methodology that seemed most appropriate, he explained, called for a developer to pay a certain amount of money upfront for each unit the developer planned to build. Then, after a unit was completed, the balance paid to the county would reflect the actual sale price of the unit.

The contract selling price “is much easier to track,” John Herrli, the county’s land acquisition manager, told the board.

“We’re trying to find a methodology that will track a value but also would move with the market,” Herrli added.

If a developer waited to build units until the developer could sell them for higher prices, Herrli said, the county would end up with more money.

The Hettema Saba report recommended the county price a TDR between 3.5% and 5% of the ultimate sale price of a housing unit.

However, Herrli cautioned, “Right now we don’t know that there’s a market for the units at any price.”

Spaeth told the commissioners that of all the jurisdictions staff had researched, King County, Wash., had the only program that had sold publicly owned TDRs.

Hettema pointed out that that county was transferring a lot of its density into a downtown area.

When Commissioner Nora Patterson pointed to information from Hettema showing that a TDR program in New Jersey appeared to be the most successful one in the country, Hettema responded that even that program had seen a TDR utilization rate no higher than 45%,

“The key to what TDRs can sell for is where they can go,” Hettema added. In Sarasota County’s case, these would be in the eastern part of the county, he pointed out.

“Don’t kill me for saying this,” Hettema continued, “but if you moved [the TDRs] to Siesta Key, you could get a lot more for them.”

Patterson countered that “properties are pretty valuable in Lakewood Ranch.”

Spaeth reminded the commissioners that if they chose to proceed with the pilot program, a public workshop would be necessary, along with ESLOC and Sarasota County Planning Commission reviews, before the full TDR program came back to them for approval.

“We need to get this moving,” Chairwoman Christine Robinson agreed. However, she concurred about the need for ESLOC review. She referred to an email committee member Jono Miller had sent to the commissioners at 7:21 a.m. May 23.

That email said in part, “I would argue that a matter of such central importance to the county’s environmental land program (sale of development right, at what price, to what end) should have come to ESLOC, your advisory board on such matters. We should have studied it, debated it, and issued some sort of advisory opinion to you.

“ Since that did not happen, I would encourage you to remand (if that is not too strong a term) this matter to ESLOC.

“Otherwise, through either design or default, the collective insights of volunteer citizens that have spent years overseeing (the “O” in ESLOC) the county’s land protection program will have been effectively sidelined and the meaning of the “O” will have switched from the action of overseeing something to being victim of an unintentional failure to notice or do something.”