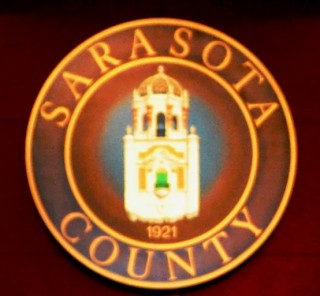 As Sarasota County Commissioner Jon Thaxton pointed out last week, it’s a trend “that gets very little public attention,” but one that probably has saved the county tens of millions of dollars.

His comment came on July 11, just before the commissioners voted unanimously to redeem three series of stormwater utility bonds that were issued in 1999.

As it turned out, the county has saved about $37 million in interest payments on all types of bonds over the past several years, Richard C. Gleitsman of the county’s Office of Financial Planning reported later to commission Chairwoman Christine Robinson, as she had requested.

The interest savings resulting from early repayments on the stormwater bonds alone exceeded $15 million, Gleitsman added in an email to Robinson.

A July 11 memo to the County Commission from Michael Murphy, a fiscal consultant in the Office of Financial Planning, noted that in 1999, the county issued stormwater utility revenue bonds worth $42,675,000 to pay for capital improvements in the Phillippi Creek, Matheny Creek, Elligraw Creek and Clower Creek stormwater basins. The outstanding balance on those bonds had been reduced to $16.9 million through early redemption efforts and an optional redemption in 2010, the memo says.

These redemptions should allow the bonds to be retired in Fiscal Year 2013, instead of 2019, as originally projected, the memo adds.

That would mean that property owners in those basins would have just one more year of assessments, Murphy told the board during the July 11 regular meeting in Sarasota.