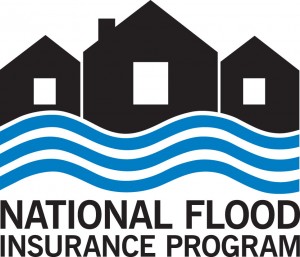 Not only did the Sarasota County commissioners vote unanimously April 11 to simplify the appraisal process related to construction in flood-prone areas, they also requested County Administrator Randall Reid to undertake an investigation into the events that had led up to their vote and identify any further problems that needed resolution.

“I remain disturbed at the sequence of events that occurred here,” Commission Chairwoman Christine Robinson told her fellow board members at the conclusion of their discussion on amending the Sarasota County Code. “I am completely dissatisfied with how this has evolved,” she added, noting it had damaged the county’s relationship with homebuilders.

“I think it’s going to send a very resounding message to the construction industry and to other industries that this is indeed a business-friendly climate” in Sarasota County, Commissioner Jon Thaxton said of the amendment.

“I am still scratching my head on why we didn’t come up with this before,” said Commissioner Nora Patterson, after the vote. “It looks like a very simple, logical solution to the whole thing that’s probably similar to what other communities have been doing.”

Catherine Luckner, president of the Siesta Key Association, and Bob Metzger, representing the Casey Key Association, both were pleased with the action, indicating it would help residents plan for major storm events, such as hurricanes.

Representatives from the Home Builders Association and the Gulf Coast Builders Exchange also asked the commissioners to approve the amendment.,

Dubbed “Alternative 2,” the amendment approved April 11 allows a property owner who wishes to improve or modify a structure to use the Sarasota County Property Appraiser’s Office’s assessed value of the improvement, plus 20%, or an appraisal report prepared by a state-certified residential appraiser, or a state-certified general appraiser, to determine the market value of the affected property.

A hired appraiser, the amendment says, must meet “the requirements of the version of the Uniform Standards of Professional Appraisal Practice (USPAP)” incorporated in state administrative rules.

The county’s building official is to review any submitted appraisal report to ensure it adequately reflects the characteristics of the property as described in the property tax records.

The county code language on appraisals that had been in place since April 14, 2010, had given the county building official more leeway to contest appraisal reports, resulting in numerous complaints from barrier island residents seeking improvements to their homes without having to elevate the structures more than 19 feet above mean sea level to comply with Federal Emergency Management Act standards. FEMA rules require that if improvements to a structure in a flood-prone area are estimated to cost more than 50% of the value of the structure, the structure has to be elevated, in an effort to prevent damage in a major storm event, such as a hurricane strike.

The code amendment was designed to make sure county residents in unincorporated areas could maintain their eligibility to participate in the National Flood Insurance Program.

The other option presented to the commissioners April 11 — Alternative 1 — would have allowed the building official further to determine whether an appraisal report overvalued a structure and to seek a review of that appraisal by a state-certified appraiser, to compare with the one submitted. A reviewer would have had the option of questioning an applicant’s appraiser in writing about any matters in the report submitted. Any applicant’s appraiser who did not respond within 10 days of such a request could face rejection of the report.

In comments during the public hearing on the issue, Metzger said Alternative 2 was the better choice for the ordinance amendment, “given the need to expedite building permits for improvements, particularly in the case of storm damage.”

In her remarks during the public hearing, Luckner said, “You can’t even begin to plan for something like (a hurricane) if you don’t have a professional appraisal that is accepted (by the county).” However with the adoption of Alternative 2, she said, a person could feel reassured about keeping an appraisal, photos of their home and other material on a flash drive, to make the materials readily available to begin the recovery process after storm damage.

In a letter from the SKA that she read to the commissioners, Luckner said, “We consider this ordinance pivotal to a successful rebuild plan. … It provides economic stability and encourages property owners to exercise advance planning and preparation.”

Rob Lewis, the county’s director of planning and development services, told the commissioners April 11 that he had consulted by phone with the FEMA representative for the district in which Sarasota County is located. After reading both alternatives for amendments to the code, in preparation for the meeting, Lewis said, he received no comment from the FEMA representative to indicate a problem with either option.

Lewis added that when he had pressed the FEMA representative about what would ensue if FEMA later determined a county code change hampered residents’ eligibly for NFIP participation, the person had told him the county would have 30 days to “cure” any code change, to restore eligibility.

Additionally, Lewis said, FEMA would specify any changes that were necessary.

When Commissioner Joe Barbetta questioned Lewis about what neighboring local governments had in their codes relative to improvements to structures in flood-prone areas, Lewis replied, “I can assuredly say there is not any level of detail (in other codes) that we see in the Sarasota County ordinance.” Yet, he said, he had found no instances of negative FEMA responses to those other ordinances.

Lewis said he and his staff had reviewed the ordinances for the City of Sarasota, the City of North Port, the Towns of Venice and Longboat Key and Manatee and Charlotte counties.

If FEMA officials had not taken such action regarding those local government ordinances, Barbetta said, “Why would we be concerned about that at all?”

“I am not concerned about that at all,” Lewis said.

The commissioners also asked Associate County Attorney Alan Roddy whether their amendment to the code could be applied retroactively to permit applications.

“If there is a permit that has been denied,” Roddy said, “someone can reapply for that permit.”

In response to a question from Commissioner Nora Patterson, Roddy added that a person in such a case could resubmit an appraisal that had been denied under the previous ordinance.

“So you wouldn’t necessarily have to get a new appraisal?” Patterson asked.

Roddy shook his head to indicate “No.”