The Suncoast Super Boat Grand Prix Festival Boat Parade on the night of June 29 in downtown Sarasota kicked off an array of people-pleasing events for the 2012 July Fourth holiday. 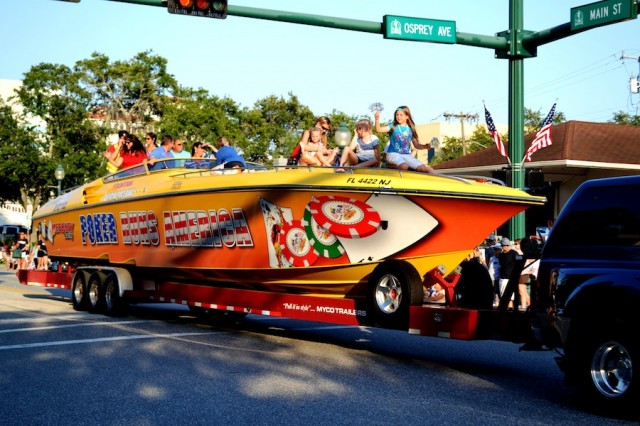 Although thunderheads threatened during the afternoon of the Fourth itself, clear skies prevailed for fireworks on the bayfront in downtown Sarasota, on Siesta Key and all along the county coastline, to mark the grand finale of the nation’s 236th birthday observance.