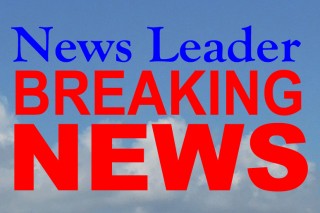 The segment of road had been blocked off all morning, Osborne said.

If the rains from Tropical Storm Debby would stop for an hour, Osborne pointed out, the water would recede, but “[the rain] just keeps coming and coming.”

One deputy is stationed approximately in line with Our House on the Beach, he said, which is located at 1001 Beach Road.

Some drivers had voiced anger about having to use Midnight Pass Road to reach their destinations, Osborne said.

Several drivers who tried to access that portion of the road before it was closed flooded out their cars, Osborne said, so those vehicles have been abandoned alongside the road.

“It’s just very deceiving there, where you look down the road,” he added.

Flooded-out vehicles had been reported in other sections of the island, he said.

In an email this morning to County Administrator Randall Reid, Theresa Connor, director of environmental utilities, wrote, “We have had very heavy rainfall in the coastal area and we have had an overflow this morning from the Siesta Key Wastewater Reclamation Facility due to the amount of stormwater entering the sewer system through leaks in the collection system and rainfall at the plant itself.  We have several lift stations on Siesta Key without power or surcharged due to the excess flow and staff is responding to the alarms.”

Connor added, “Other areas of the sanitary sewer system and other wastewater reclamation facilities are also experiencing high flows due to the rainfall, but so far we have been able to manage without an event. … We have notified the appropriate regulatory agencies and we are preparing to go to emergency staffing levels  for round-the-clock operations. ”

Osborne said he had had no reports of any additional problems from the storm’s wind and rain.

Commissioner Nora Patterson, who lives near the north Siesta bridge, told the News Leader she and her husband, an attorney, were both working from home today, as they were unable to leave because of flooding on their road.

The county news release advised all county residents to use caution in driving, while Debby remained stalled in the Gulf of Mexico. The National Weather Service early this afternoon included Sarasota County in its area of counties under a tropical storm warning. The county news release noted that tornadoes are possible, along with flooding.