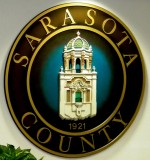 Several businesses in the 1600 block of U.S. 41 Bypass in Venice have lost water service, Sarasota County has announced. Crews installing a tap in the watermain discovered a problem with the line, which has been shut down for repairs, a county news release says.

Water service is expected to be restored this afternoon, July 26.

Sarasota County is issuing a precautionary boil-water advisory, urging affected customers to boil all water intended for drinking, preparation of food, washing of food utensils, making ice, brushing teeth or first aid, making sure the water is brought to a rolling boil for one minute.

The county will collect a series of samples and analyze them to ensure the drinking water wasn’t contaminated by potentially harmful bacteria during the service interruption, the release adds. Customers will be notified by automated telephone calls when the boil-water advisory has been canceled.