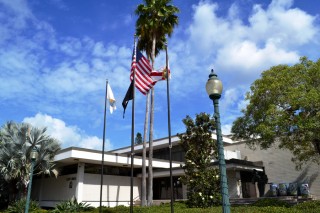 When can members of the public be thrown off public property for trespass? When they’re committing a criminal act is an obvious reason. But then why aren’t they arrested for the criminal act?

For decades police officers across the nation have used trespass warnings to “move people along.” But a recent federal court case puts that old tactic to rest, because a verbal citation cannot be challenged. In effect, a police officer has been judge and jury on the issue.

A federal appeals court struck down a St. Petersburg ordinance, saying you cannot deprive a person of the liberty of being in a public space without giving due process. St. Petersburg officials changed their law, and now the SPPD provides written warnings and a procedure by which accused violators can argue the merits of their cases before a special magistrate.

Sarasota’s public property trespass ordinance came up for review Monday evening in light of a lawsuit against the city by the American Civil Liberties Union. City Attorney Robert Fournier introduced a new trespass ordinance for its first public hearing, and he briefed city commissioners on the status of the lawsuit.

Trespass is rooted deeply in English common law. In American usage, it generally means that if a property owner asks someone to leave, the person must stay off the property for a year or face arrest and jail.

“A trespass warning avoids judicial due process,” said Michael Barfield, counsel for the Sarasota chapter of the ACLU. “To allege a crime but not provide an individual with their full rights is not correct.”

The city and the ACLU are in the midst of a 60-day hiatus over their dispute, to try and find common ground. “We’ve agreed to an informal and expedited system for the lawsuit, to keep the fees down,” said Barfield.

Fournier said, “We’re looking at the records. Before we answer the complaint, we’d like to take the 60 days to work on the factual details.”

In the meantime, city police have suspended issuing verbal warnings. As the suit moves forward, so will the new ordinance, with details to be worked out on how a trespass citation can be handled.