Essay and photos by Fran Palmeri

They can spot a fishing pole from a mile away. Three great blue herons — dubbed Harry, Barry, and Larry by fishermen at Nokomis beach — know that in warm weather, Floridians flock to area beaches where they line the shore for a spot of surf casting.

The birds are on vacation, too. Abandoning their usual practice of stalking their prey along freshwater ponds, the herons await handouts, of which there are plenty from anglers in a relaxed frame of mind.

Great blues swallow their food whole. Last week it took some doing for Larry to get a fish down, but in a few minutes he was back for more.

The moochers are not above stealing. They’ll sidle up to a pail full of fish and stand motionless to become part of the scene. When there’s a distraction — such as a fish on the line — they grab the goods and run.

We know we’re not supposed to feed wildlife, but what do you do with three herons bent on a free lunch? 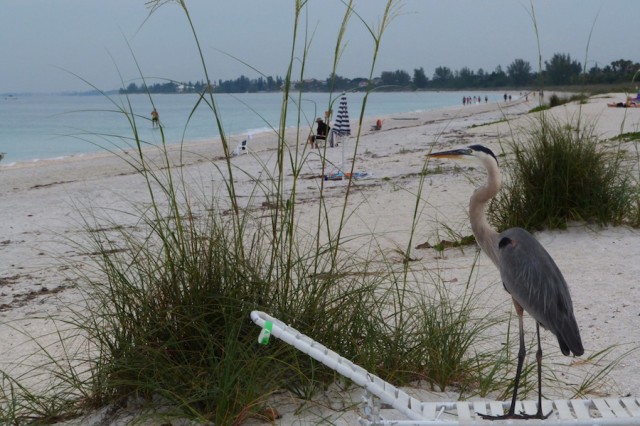 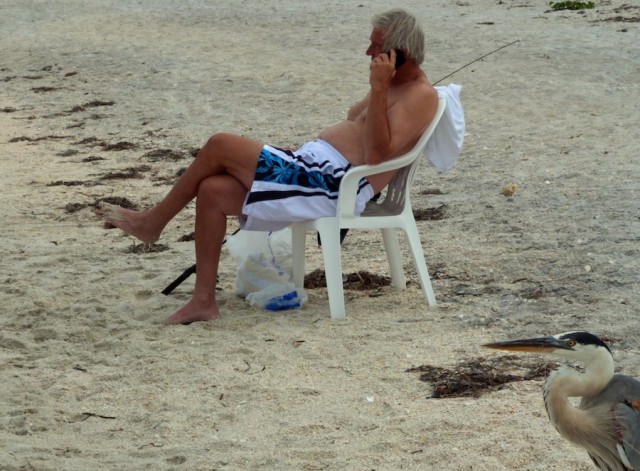 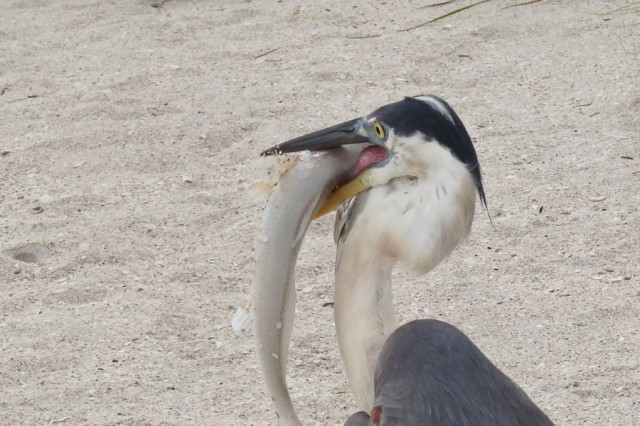