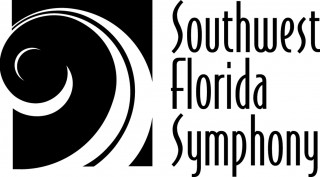 The Southwest Florida Symphony, based in Fort Myers, has announced that Leif Bjaland, who was artistic director of the Sarasota Orchestra for 15 years, has been appointed its artistic adviser for the 2012-13 season.

In a news release, the symphony added that Bjaland also would be assisting with its search for a new music director.

“It is a pleasure and an honor to have the opportunity to collaborate with the Southwest Florida Symphony Orchestra,” Bjaland said in the press release. “It is an organization I have known for a long time and admired from afar.”

He added, “This is an exciting time for the organization and I look forward to contributing in the areas of artistic planning, the national search process to locate a new music director, as well as conducting the orchestra on much of the Masterworks Series and other performances.”

“The SWFLSO is excited to have his expertise,” said Executive Director Frances Goldman in the press release.”

Bjaland announced in February 2011 that the 2011-12 season would be his last with the Sarasota Orchestra. At that time, Anne Folsom Smith, the vice chairwoman of the orchestra’s board of directors, said Bjaland had informed the board the previous fall that he would be auditioning for another position.

In February 2011, Bjaland also was a finalist for the position of artistic director with the Colorado Springs Symphony, a position he was not offered.

In its press release, the Southwest Florida Symphony noted that Bjaland has been a guest conductor with the San Francisco Symphony, National Symphony, Florida Philharmonic, Louisiana Philharmonic and symphonies in Fort Worth, Nashville, Detroit, Rochester, Utah, Madison, Akron and Colorado, as well as the New Zealand Symphony.

A native of Michigan, Bjaland received his master’s degree in music from the University of Michigan, where he was a student of Gustav Meirer and Elizabeth A.H. Green, the press release adds.