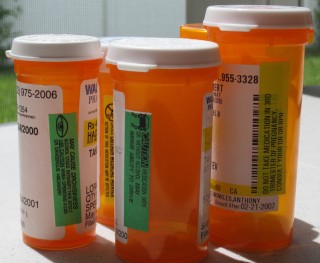 A year after winning plaudits for passing landmark ordinances regulating pain management clinics, the Sarasota County Commission has asked for a new measure to crack down on methadone clinics.

On May 10, Sheriff Tom Knight wrote the County Commission to express his concern “regarding the recent determination by Sarasota County staff that treatment facilities which dispense and prescribe opiates such as methadone and suboxone shall not be regulated under the two recent Sarasota County pain management ordinances.”

The Commission approved those ordinances on June 7, 2011.

Knight added, “The exclusion of such facilities … from regulation by Sarasota County is not only perplexing given the plain language definition of pain management contained in the ordinances, but it also seems to contradict the intent.”

Knight noted, “One of the trends that this agency has identified is the rise in the number of people taking methadone as a substitute for other opiates, such as oxycodone. This trend is largely attributed to the multi-purpose use of methadone,” including addiction recovery.

“It appears the proliferation of methadone is occurring because of the ‘umbrella of legitimacy’ put forth by the drug’s detoxification attributes,” Knight added. “However, many patients only switch to methadone as their opiate of choice, and not to lessen their addiction.”

“We’re not opposed to addiction recovery in any sense,” Maj. Kevin Kenney of the Sheriff’s Office’s Law Enforcement Division told The Sarasota News Leader June 19. However, he added, “there’s mounting evidence [about] the lethality of the drug. … Methadone is a very dangerous drug.”

Kenney added, “Painted with a recovery brush, it’s even more difficult to battle.”

The Sheriff’s Office is concerned, Kenney said, that people who are abusing pain medication “are effectively exchanging one opiate for another,” and methadone quickly is becoming that new go-to drug.

In an interview, Chuck Henry, executive director of the county’s Health and Human Services Department, told the News Leader that methadone has been used to treat surgical pain for more than 40 years. However, he noted, physicians long ago discovered it could be used to treat drug addiction. It “satisfies that addiction … without some of the same effects as illegal drugs.”

During the County Commission’s budget discussions last week, Henry said a separate ordinance probably would be necessary to handle the methadone clinics, because it would be “just impossible to manage” certain aspects of those clinics’ operations through the existing ordinances.

Referring to the action taken last year, Wayne Applebee, the county’s criminal justice policy coordinator, told the commission, “We really never had any discussions about methadone clinics. … We never intended to have methadone clinics in the pain clinic ordinance.”

Kenney told the News Leader the Sarasota County Attorney’s Office was working on a new ordinance “specific to methadone clinics that will provide the Sheriff’s Office and local agencies more oversight.”

The commissioners had asked whether that ordinance could be ready for review before they begin their summer break in late July, he said, but “we certainly wouldn’t be able to craft any such ordinance … prior to that,” because of its complexity.

Henry told the County Commission on June 13 that one methadone clinic already had opened in the county, and another had submitted an application to open.

Kenney said the Sheriff’s Office also was concerned about the potential volume of medication distributed at those clinics. “[It] is just astronomical,” he said.

The clinic that opened about two weeks ago is authorized to dispense the drug to 250 patients a day, Kenney said.

Henry told the News Leader that methadone is mostly distributed and consumed on-site at a clinic. “They do some take-home meds,” he said, “but very few.”

Along with the two clinics Henry mentioned to the County Commission, Kenney said, he had heard two more were preparing applications to open.

In a June 9 email to Patterson, a resident of Pine Shores Estates, north of the Stickney Point Road intersection with U.S. 41, wrote that she was concerned because the first methadone clinic had opened on the border of her residential area. It operates seven days a week, she wrote, “and the patients are able to loiter around outside.”

The writer continued, “It’s only been operating for a week and we have found cans used for pipes and a needle on the ground.”

Additionally, no one in the neighborhood was notified before the clinic opened, the resident wrote.

“I don’t think we have a choice on what type of office business or medical facility can go into an area zoned for commercial or office property,” Patterson responded in an email to the resident.

However, Patterson added, “We do regulate pain clinics with a pretty strict ordinance which might take care of some of the issues you mention.”

Patterson did note, though, that the Sheriff’s Office and staff at the Health Department were engaged in “an ongoing dialog … with regard to this.”

Patterson added, “[W]e may not have the ability by law to regulate this to the degree that you might like.”