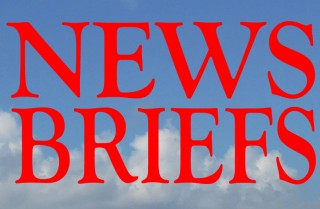 Sarasota County Administrator Randall Reid notified the County Commission by email Aug. 17 that he had hired Suzanne L. Gable to fill the vacant position of strategic and financial planning director in the Office of Financial Planning.

“I have worked personally with Ms. Gable for 10 years in Alachua County and know of her integrity, work ethic, and intelligence,” Reid wrote in the email. “This hiring adds a CPA to our financial management staff, which was one of the concerns expressed in my initial interviews,” he added.

Gable has been director of the Office of Management and Budget in Alachua County for the past 10 years, according to a memo to Reid from Steve Botelho, the county’s chief financial planning officer.

Reid came to Sarasota County in late January after serving as Alachua County manager for 12 years.

Her hiring, Reid continued in his email, also “meets a commitment to enhancing our financial management and accountability.”

She holds a bachelor’s degree in accounting from the University of Florida, he added.

In his email to the commission, Reid wrote, “Mr. Botelho and Ms. Gable form as strong and personable [a] finance and budgeting team as possible for a county our size and enhance our … programming and development capabilities as well.”

The public is invited to attend a City Commission workshop about pensions on Wednesday, Sept. 5 from 2 p.m. to 5 p.m. in the Commission Chambers at City Hall, 1565 First St.

The purpose of the session is to discuss historical trends and the assumed rate of return for each of the city’s pension plans — for general employees, police officers and firefighters, a city news release says.

Pensions and the associated costs are significant budget items for the City of Sarasota, the news release points out.  To help balance the budget, the City Commission recently modified the Police Officers Pension Plan and the General Employees Pension Plan.

The following pension professionals will be present to answer questions:

The public is encouraged to participate and offer comments, the city news release says. Questions may be submitted in advance by clicking this link: www.SarasotaGov.com or by clicking on the icon of the city logo labeled “Pension Workshop” on the city’s website.  Deadline for submission of questions is noon on Friday, Aug. 31.

As of early that afternoon, a county news release said, county creeks and rivers were saturated and there were flood warnings in effect for the Myakka River at Myakka State Park. There also was active flooding along River Road at the Rambler’s Rest RV Resort in Venice.

Storm tides and wave action along coastal areas was producing beach erosion and damage to adjacent roads, the news release said. Manasota Beach Road in the middle of Manasota Key was flooded.

“We are thankful for the many citizens, volunteers and staff members who helped in our response to Tropical Storm Isaac,” said Emergency Management Chief Ed McCrane in the release “It is a great example of the partnerships we have in Sarasota County.”

“We are reviewing ‘lessons learned’ from this storm to continue to improve procedures,” he added. “All residents and visitors should remain prepared and have emergency plans in place for future storms. We have been affected by two tropical storms already this summer and hurricane season has not yet reached its peak.”

For more information, contact the Sarasota County Call Center at 941-861-5000 or visit www.scgov.net.

At approximately 9:15 a.m. Aug. 27, the Sarasota County switchboard received a call from an undetermined number, a Sheriff’s Office report said. The male caller stated that authorities had 24 hours to determine which SCAT bus had a bomb on it, and then hung up, the report added.

Because of the Tropical Storm Isaac-related closures, SCAT buses were not running Aug 27. A thorough search of the bus depot and all buses was made, and no explosive devices were found, a Sheriff’s Office news release said.

As of late Aug. 27, Sheriff’s Office detectives were trying to trace the origin of the call, the news release said, adding, “They suspect this may be another instance of ‘SWATing.'”

“SWATing” is a prank phone call to lure law enforcement to a fake emergency situation, the news release said. The FBI and other agencies that have investigated similar crimes say the hoax is committed by manipulating computers and phone equipment. Criminals spoof phone systems to make the calls appear to originate locally, or they hack gaming systems such as Xbox LIVE to select victims or send emergency messages over the Internet connections, the release added.

Anyone with information on this case is encouraged to call Criminal Investigations at 941-861-4922. Callers also may leave an anonymous tip with Crime Stoppers at 941-366-TIPS (8477), visit www.sarasotacrimestoppers.com or send a text message by texting TIP109 plus a message to CRIMES (274637).