Board plans to raise issue with FDOT staff at MPO meeting

The Sarasota County commissioners have voiced concerns about the potential negative impacts on the county’s Fruitville Initiative if the Florida Department of Transportation (FDOT) proceeds with plans for the construction of a diverging diamond interchange at the intersection of Fruitville Road and Interstate 75.

Commissioners will convey their concerns to FDOT representatives at an upcoming meeting of the Sarasota/Manatee Metropolitan Planning Organization (MPO), on whose board three of them sit.

“Our new favorite toy to play with has gone from the roundabout to the diverging diamond,” Caragiulo said. “There is definitely some concern out there,” he added of the area at the focus of FDOT’s latest proposal. Homeowner associations and the Save Richardson Road East Neighborhood organization both have raised questions, Caragiulo continued.

“I was frankly shocked when I saw it,” Commissioner Michael Moran added of the FDOT proposal.

“If at all possible — unless the other board members feel differently about it — we should voice our concerns,” Caragiulo said on July 10, given the Fruitville Initiative’s reliance on a grid system. “We all know this is a very contentious area for planning, and I want to know that FDOT is cognizant of our long-term plan for that area, as well they should be at this point.”

He suggested drafting a letter to FDOT.

Maio showed his colleagues a map of the general area of the proposed new diverging diamond, explaining some of the negative impacts the project would impose on county plans. “Unfortunately,” he pointed out, “FDOT is changing the road network that is in many, many, many documents.”

“I have concern over exactly those points,” Caragiulo told Maio. “This isn’t something that was cooked up over a weekend,” he added of the Fruitville Initiative. “There is a longstanding commitment by an awful lot of folks.”

Caragiulo noted “a lack of acknowledgement by FDOT.”

County Administrator Jonathan Lewis then explained that Matt Osterhoudt, director of the county’s Planning and Development Services Department, and Spencer Anderson, director of the county’s Public Works Department, recently went to Bartow to address concerns with FDOT’s District One staff on some of the issues Caragiulo and Maio had mentioned. They also pointed to related facets of the county’s Comprehensive Plan, Lewis continued, and reminded the FDOT staff of a letter it previously had sent the county, saying it would honor those sections of the Comprehensive Plan.

However, Lewis told the board members, “What you all do policy-wise is a different issue.”

Then Chair Nancy Detert noted that three of the commissioners are on the MPO board: she, Caragiulo and Maio. Therefore, she added, all three of them could convey their worries to FDOT. “I don’t feel them to be opponents,” she said of the FDOT staff members.

Caragiulo responded that he was interested in getting an official acknowledgement from FDOT about the years-long plans for the Fruitville Initiative. 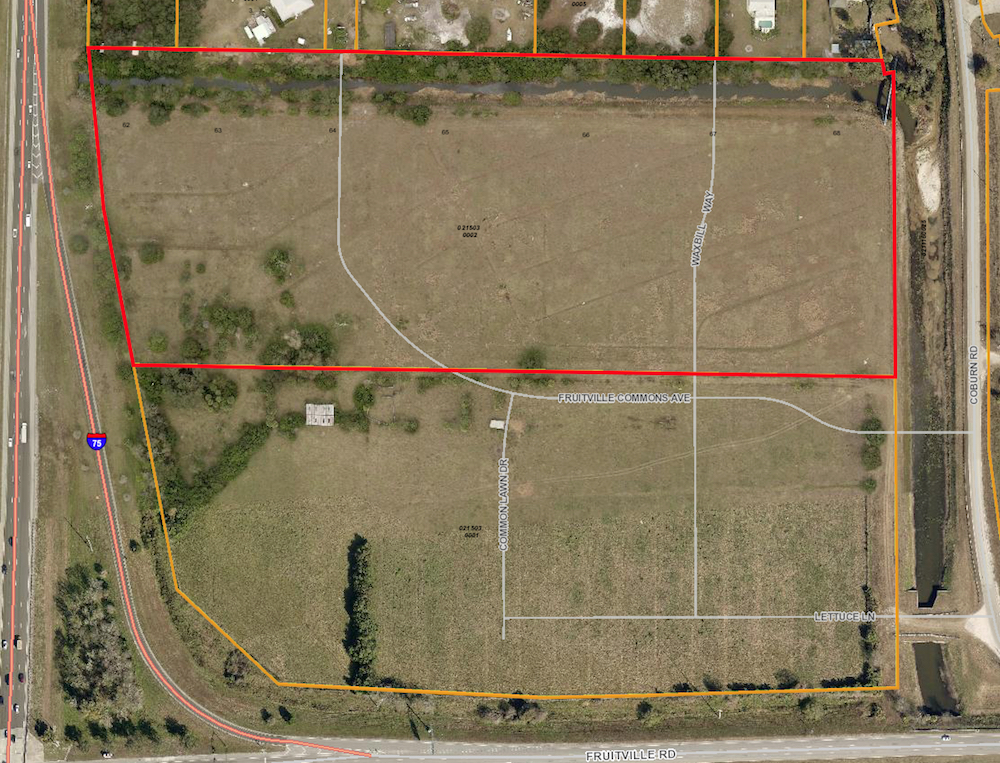 With consensus of the commissioners, Osterhoudt of Planning and Development Services explained the visit he and Anderson of Public Works made to FDOT District One staff. They had accompanied the owner of property in part of the area Maio earlier had indicated on the map, Osterhoudt added.

He and Anderson made clear, Osterhoudt explained, that staff has a board-approved interconnectivity plan and that the Fruitville Initiative has a long history.

Future Land Use Policy 4.2.3 (A) of the county’s Comprehensive Plan says that Special Planning Area 3, which is shown on a map in the plan, is titled “Fruitville Interchange East Compact Urban Economic Development.” It “allows for an optional Urban Design Overlay and is divided into six sub-planning areas, and includes office, residential and institutional enclaves. The overlay is to promote smart growth and mixed-use principles, including interconnectivity, walkability, mixed uses, and environmental protection,” the policy continues. “Additionally, the overlay will allow long-term coordinated development of the area while maintaining the underlying density and intensity of the area, but allow blending of land uses within each sub-area.”

In response to a request from The Sarasota News Leader, staff provided a copy of a letter that Keith Gelder, vice president of Stock Development LLC, sent to FDOT Secretary Michael Dew and District One Project Manager Ryan Weeks.

Dated June 26, the letter says an affiliate of Stock Development — SD Fruitville Commons LLC — recently purchased a 42-acre parcel at the northeast corner of I-75 and Fruitville Road.

“I attended the FDOT public hearing on 6/21/18 and was dismayed to see the planned signalized access to our property at Old Coburn Road & Fruitville Road proposed to be closed,” Geld wrote. “Signalization of this intersection has been planned for many years and adopted as part of the Sarasota County Comprehensive Plan …”

Geld added, “After all the historical dialogue between parties, we were surprised and disappointed at the [June 21] public hearing to learn of FDOT’s new plans with no acknowledgement of FDOT’s 9/16/14 letter or FDOT’s commitments and statements such as ‘we’ve considered all factors’ in this alternative design proposal. This is simply not the case.”

Geld also pointed out that if the diverging diamond project proceeds — eliminating the prospect of the signalized intersection at Old Coburn Road — that “will cause a loss in the fair market value of our property estimated to be in excess of [$5 million] due to the impaired access.”

If the company’s request for an amicable solution is ignored, Geld pointed out, “we will seek all legal remedies available to protect our property rights.”

In response to a News Leader request for information from FDOT about the concerns raised by the proposed diverging diamond interchange (DDI) at I-75 and Fruitville Road, Zachary Burch, government affairs and communications manager for FDOT, wrote in a July 19 email, “The design of the new interchange was updated to include the DDI as a result of a reevaluation that included more updated data and vehicle counts. As you are probably aware there has been and continues to be a tremendous amount of growth in this area, particularly east of the interstate. The existing interchange and the original proposed design could not accommodate the current and future projected traffic volumes in this area,” Burch added. “The DDI will accommodate that and allow for the best possible movement of traffic on and off of the interstate as well as along Fruitville Road.”

Burch also noted, “FDOT has coordinated with the County throughout this process, as we do with all of our projects.”

After listening to Osterhoudt on July 10, Commissioner Charles Hines told his colleagues, “I say we write a letter today,” pointing out to FDOT that “what is now being proposed goes against [previous FDOT acknowledgement of the Fruitville Initiative plans].”

“I’m struggling with how this whole interchange suddenly jumped other things that have been prioritized by the MPO,” Hines added.

He and Chair Detert recently attended the Florida Association of Counties conference, Hines continued, where Gov. Rick Scott made a point of telling the commissioners present that the state relies on the MPOs’ recommendations in considering priorities for new transportation infrastructure.

“Where’s this coming from?” Hines asked of the Fruitville proposal. Then he acknowledged, “The [diverging diamond] at [University Parkway is] so successful. I’m sure they want to mirror that.”

Diverging diamond interchanges “are just popular all of a sudden,” Detert responded. “It’s like aerobics for automobiles today.”

Then Detert told her colleagues, “I think writing a letter is the slow boat to China.” She said she would prefer discussing the issue with FDOT District One staff.

“You’re right,” Commissioner Maio replied. “Speed, I think, is very necessary here.” He suggested hand-carrying a letter to the FDOT personnel at the next MPO meeting.

Detert concurred with that idea.

“You get more things done face-to-face,” Hines said. However, the letter would be the documentation, he added, “that we’re reminding FDOT what it committed to” in earlier communications about the Fruitville Initiative.

Detert proposed drafting a letter that the three commissioners on the MPO board would take to a meeting, with an attachment of the letter from former District One Secretary Hattaway.

The next MPO board meeting is scheduled for Sept. 24.