That was Precinct 427 at Nokomis Beach Plaza, where 12 people voted “No” and nine voted “Yes.”

“We can’t thank the voters of Sarasota County enough for their continued support for our teachers and students,” said Todd Bowden, superintendent of the Sarasota County Schools, in a news release the district issued after the votes were counted on March 20. “The renewal of this tax assessment helps ensure the students throughout our school district continue to thrive, and we are grateful for the support of our community,” Bowden added in the release.

The school district conducted its first referendum on the 1-mill tax in 2002. Then, 62.96% of voters approved the tax, and turnout at the polls was 35.4% of registered voters, Supervisor of Election Office records show. As with the most recent elections, voters in the Town of Longboat Key were casting ballots for members of their Town Commission, as well.

The referendum generates approximately $56 million a year “that is used to keep and retain outstanding teachers, support arts programs and STEM initiatives and fund additional safety and security efforts,” the district news release points out. 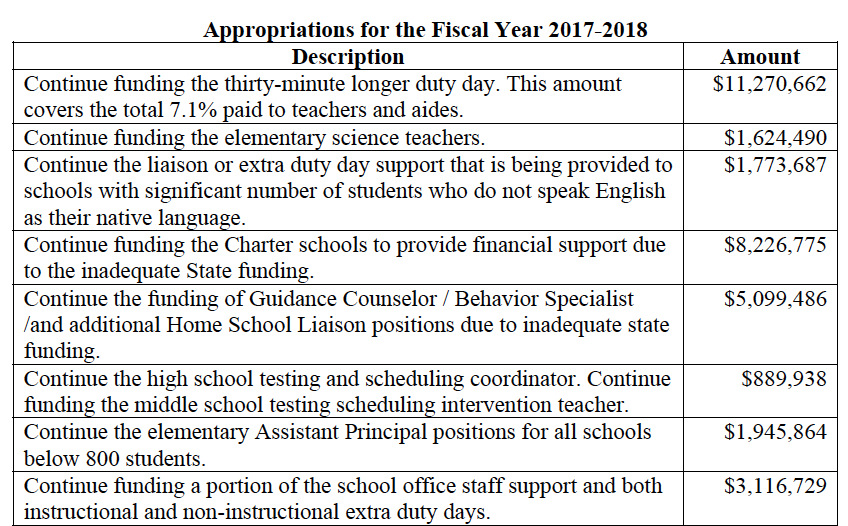 The funds average out to $1,275 for each of the district’s approximately 43,000 students, the release notes. They are shared equally among all schools in Sarasota County, based on student enrollment. (As of Feb. 26, total enrollment was 43,105, district data show.)

The revenue also provides for an additional 30 minutes of class time per day, “which equates to an entire year of instruction and learning experiences” for students who attend kindergarten through 12th grade in the Sarasota County schools, the news release points out.

Revenue from this year’s referendum will start flowing into the district budget for the 2018-2019 school year.

The Sarasota County School District is one of only two Florida districts that consistently earn “A” grades every year from the state, the news release adds.